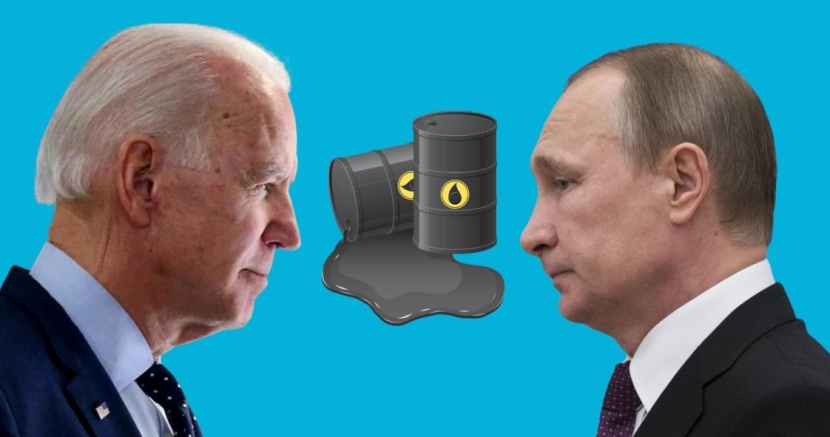 Republicans believe they’ve found a way to successfully attack President Biden as he earns praise at home and abroad for defending Ukraine against Vladimir Putin’s unprovoked military invasion. Success in war – or simple courage and determination in the struggle to protect freedom and democracy – are not things Republicans can let a Democratic president get away with.

So, the GOP gets out its pointy little drilling bits hoping to strike message oil. Turns out, however, it’s not black gold but fool’s gold they’ve hit upon. Their attacks focus upon two claims, that the cancellation of the Keystone XL Pipeline is leaving us dependent on foreign oil and that Biden has prohibited the oil industry from producing the oil the nation and world need.

If you’re new to oil markets, here’s an explainer.

President Biden banned the import of Russian oil and gas – call it Putinoleum. But, we don’t import much of it, and the ban won’t lower gas prices.

This from Pence, vice president to Donald Trump, whose ongoing love for Putin is no secret. Anyway, some facts about the broad Republican assault that you might want to know:

The Keystone XL Pipeline doesn’t produce any oil. It’s a pipeline. It was intended to facilitate the American export of Canadian oil to other foreign countries. Oil that would have been in the pipeline is already finding its way to market. “There are other ways to get it to market,” said David Braziel, an energy markets analyst.  So, the pipeline thing is a lie.

What about increased domestic production? Well, as Jen Psaki says, domestic drillers have about 9,000 existing permits they are not taking advantage of. And, domestic production is already at nearly record levels. The oil industry simply using the war in Ukraine to lobby for more drilling on federal lands. But that’s a cynical tactic disconnected from the facts of today’s issues.

These are the facts. You might want to have them at hand. We’ll leave to you how to describe Mike Pence’s charge that Biden and Democrats are supporting Putin’s invasion of Ukraine, which is so outrageous the word “lie” alone doesn’t do it justice.