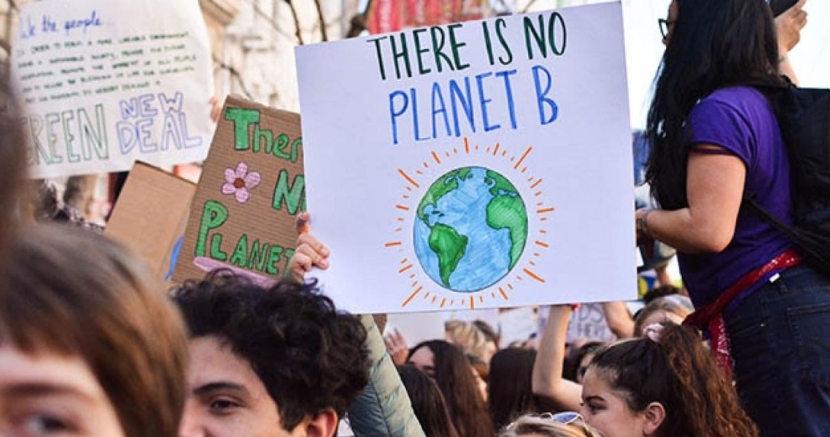 Each year, Earth Day serves as a reminder of the beauty of our planet and our responsibility to protect it. But for many Texans, Earth Day 2021 has a new sense of urgency.

February’s winter storm showed us the devastating impact that climate change can have on our state, as millions of us were left without power, heat, and water for days. Climate change is no longer a far away threat — it’s already here. And after the deadly failure of our electric grid, it’s clear that action on climate change cannot delay.

Extreme weather puts extreme demand on our infrastructure. Winter Storm Uri was a record breaking event, and climate scientists predict that severe weather events will occur more often in the future. There’s lots of people to blame for the state’s failed response to the winter disaster, from Gov. Abbott’s failed leadership to years of Republican deregulation. But we can’t fix the problem unless we address the root cause.

Experts are warning that extreme heat this summer could cause blackouts, with 2021 on track to be one of the hottest years on record. Combined with a forecasted drought and potential heat wave, climate change could leave millions of Texans in the dark once again.

After the winter storm, Republicans were quick to falsely blame the crisis on renewable energy, even targeting green energy in legislation meant to prevent future disasters. But by attacking wind, solar, and other renewable sources, legislators are only making it harder to stop the warming of our planet.

Unless we take action, our changing climate will create an existential threat for long-established communities in Texas. It’s time for progressive, common-sense solutions to prevent climate catastrophe.

The winter storm hit Black and Hispanic neighborhoods the hardest, and extreme heat this summer will severely impact South Texas counties. An increase in hurricane activity could devastate cities on our coast, while droughts can hurt agricultural towns throughout the state.

Luckily, we have plans to protect our planet and protect each other - we just need to put them into action.

And at the state level, progressives at the legislature are stepping up as well. Advocates are pushing for common sense climate solutions, from the formation of the Climate, Environment, and Energy Caucus to legislation that protects our environment. While Republicans have continued to deny the urgency of our changing climate, you can remind your representatives that Texans want immediate action on climate change before the end of the legislative session.

Tell your legislators to support these bills and legislation that promotes equitable climate solutions:

After February’s winter storm, most Texans have felt firsthand the consequences of our changing planet. This Earth Day, let’s commit to protecting it.