The DNC should change candidate requirements for the January presidential debates 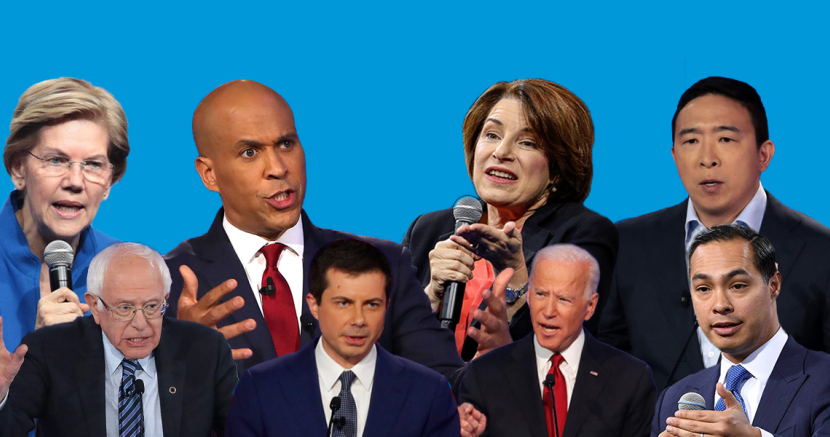 Ed Espinoza
In January, many voters will tune in to the primary debates for the first time. They deserve to hear from all of the national candidates.

While we’ve had presidential debates since June, many voters will not begin tuning in to the campaign until early 2020 when the primaries get underway. As such, the voters deserve to hear from all of the national candidates who are running for president.

Yet the Democratic National Committee’s polling and donor requirements for debate stage eligibility have heightened since June, and as such we are seeing an unintended consequence in which candidates of color are disproportionately excluded. This is occuring at a time where many voters are starting to tune in to the primary process for the first time. That’s why the DNC should change candidate eligibility requirements for the January presidential debate in 2020.

And we’re not alone in our thinking: eight of the other presidential candidates, all who have qualified for the December debate, along with Sen. Cory Booker and Sec. Julian Castro - are also urging the DNC to "consider alternative debate qualification standards.” They suggest amending the qualifications for four primary debates scheduled to take place in January and February in Iowa, New Hampshire, Nevada, and South Carolina - which will host the first four nominating contests of the 2020 primary cycle.

The qualifications were necessary at one point because we have seen as many as 25 declared candidates running for president over the course of 2019. But here at the end of the year, the field has winnowed to a more manageable 15 candidates. During this same time, the DNC’s debate requirements focused on polling and fundraising as two necessary measurements of serious and competitive candidacies.

One hurdle in this process is that the New Hampshire ballot has a low barrier to entry, meaning there are a handful of unknown candidates who registered to be on that ballot prior to the November 2019 filing deadline. But these candidates should not be included on a national debate stage, and the DNC can limit the field of candidates to those who will appear on the New Hampshire primary ballot and are on the ballot in other early states. That list of candidates are the 15 nationally recognized candidates identified by the New York Times.

An upside of changing these requirements is that it will include candidates from diverse backgrounds on to the stage, but it will also the admission of newer candidates in the race such as Gov. Deval Patrick and Mayor Michael Bloomberg. Because if these candidates are to be competitive, it is in the interest of the voters to see how they perform on a debate stage.

This may mean a return to two debate nights, or back-to-back debates on the same night. All said, that’s a worthwhile trade to increase inclusion in our primary process.