Death and taxes, pandemics and politics 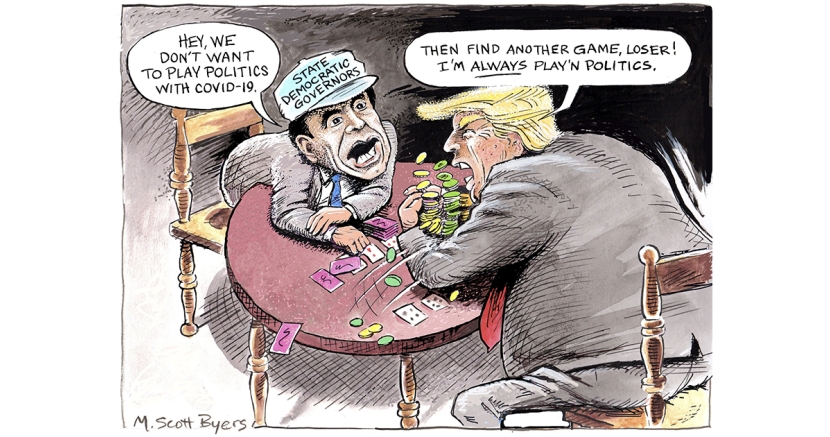 Image Credit
Illustration by M. Scott Byers
Glenn W. Smith
Keeping local governments on their knees will not help Texans get back on their feet.

COVID-19 and its economic consequences have given urgent new life to the old saying that nothing is certain but death and taxes. A killer virus has us all thinking more about the former. The revenue losses of local and state governments are focusing attention on the latter.

The virus had people avoiding shops, restaurants, bars and other public places even before stay-at-home orders were in place. Business losses mean tax revenue losses to state and local governments while the life-and-death health emergency put new demands on spending.

This happened just one year after the Texas Legislature placed new limits on local governments’ ability to raise necessary revenue. Under the new law, cities, counties and other taxing jurisdictions must get voter approval for tax increases above 3.5%. The old limit was 8%.

However, there’s an exception in times of emergencies. “Epidemics” are specifically mentioned as an exception to the cap in the new law.

Cities and counties will likely move slowly and prudently toward any revenue increases since citizens and businesses will be hurting from the COVID-19 consequences.

The issue needs to be seen in the full context of the Republican Party’s generalized attacks on local governments in recent years, attacks that began as Democrats began gaining control of those seats of power.

For instance, President Donald Trump questioned why American taxpayers should be bailing out cities and states, which he claimed were poorly run by their Democratic officials. And, aid to state and local governments to make up for lost tax revenue due to the economic downturn — aid that goes beyond federal funds used to address the pandemic — has so far been left out of the recovery bills passed by Congress.

Local tax revenue funds public health, public education, police and fire protection, road repair and construction, sanitation, water and sewer services, parks and recreation, among other needs. Does Trump really want to deny these essential services to tens of millions of Americans just because he has an adolescent grudge against some of their leaders?

There’s no question that property taxes contribute to our profoundly inequitable tax structure. Taxes on sales and property place a greater burden on the middle class and poor. Wealthier folks spend a smaller percentage of their income on housing and other forms of consumption.

A recent study found that Texas had the second-most unfair tax structure in the United States.

Nonetheless, strangling local governments during a pandemic will only prolong the emergency and further inhibit economic activity. Under the best of circumstances, people will be slow to return to shops and restaurants. It can’t be said enough that folks are staying home now because they want to protect themselves, not because government told them to.

So, tax receipts will lag at a time when demand for critical services is higher than ever.

Some Republicans, like state Sen. Paul Bettencourt, author of the tax caps, remain skeptical about letting the cap rise from 3.5% to 8%, despite the clear language of the recent legislation.

Keeping local governments on their knees will not help Texans get back on their feet.