Cornyn once again proves he will do anything to please Trump 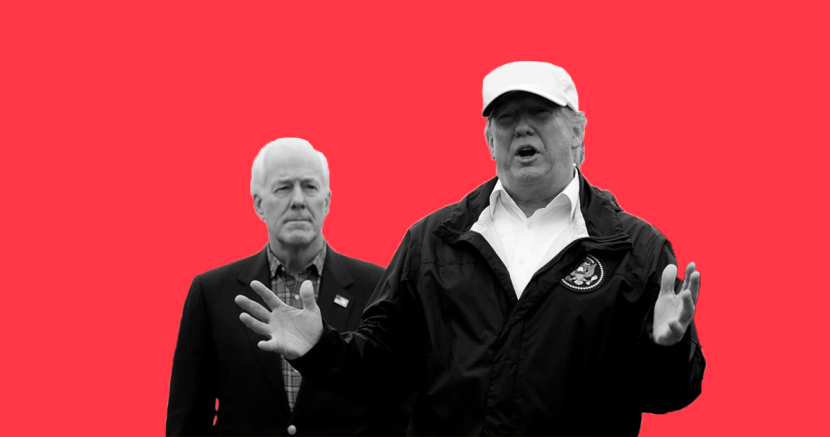 Wesley Story
With his votes against conviction on Wednesday, Senator John Cornyn once again pledged his undying loyalty to the impeached president.

In addition to voting against calling witnesses, Texas Republican Senator John Cornyn pledged his allegiance to Donald Trump once again with his votes against conviction on Wednesday.

While Cornyn’s votes were not surprising, they were a betrayal to all Americans, Texans, and anyone who believes in our democracy and the rule of law. Even after taking an oath to uphold "impartial justice” during the trial, Cornyn did the opposite.

These votes will be Cornyn’s legacy.

Cornyn is Trump’s lapdog and has been for sometime. He’s been against calling witnesses throughout the impeachment trial, and has defended Trump at every turn.

Cornyn, and any other senator who voted against calling witnesses and against conviction, will have to live with that legacy for the rest of their lives. By refusing to hold Trump accountable, they put the future of our democracy at risk.

In November, many of the Republican senators who voted against witnesses and conviction will have to answer to their constituents. Considering a majority of Americans supported calling witnesses, we should all commit to holding our senators accountable on Election Day, Nov. 3, 2020.

Until then, we cannot let Cornyn or any other GOP senators live this down. They must be forced to defend their decision to cover up Trump’s crimes and protect a corrupt president.

We must vote Cornyn out of office in November.

Cornyn has been in office for almost 20 years and has nothing to show for it. Time after time, he has put his own interests above Texans’.

Cornyn takes money from big pharma and the NRA, refuses to vote for common-sense gun reform, votes against the Violence Against Women Act, and is against the Affordable Care Act, with no alternative to replace it. But most concerning of all is that he is a diehard Trump enabler.

In an opinion piece for the Houston Chronicle, Texas Congresswoman and impeachment manager Sylvia Garcia wrote:

“Democracy is a gift that each generation gives to the next.”

Cornyn stood in the Senate chamber Wednesday representing the people of Texas and preparing to take arguably one of the most important votes of his career. When his moment came, instead of protecting the Constitution by voting to hold a corrupt leader accountable, he gave democracy the bird, and sided with an impeached president. He decided that he did not want to do what was in his power to pass democracy on to the next generation. He voted in his own best interest, and will likely lose no sleep over it.

Texans deserve a senator with the courage to do what is right and necessary to protect our democracy. Cornyn has proven that he is not the right person for the job. And in 2020, he’s got to go.