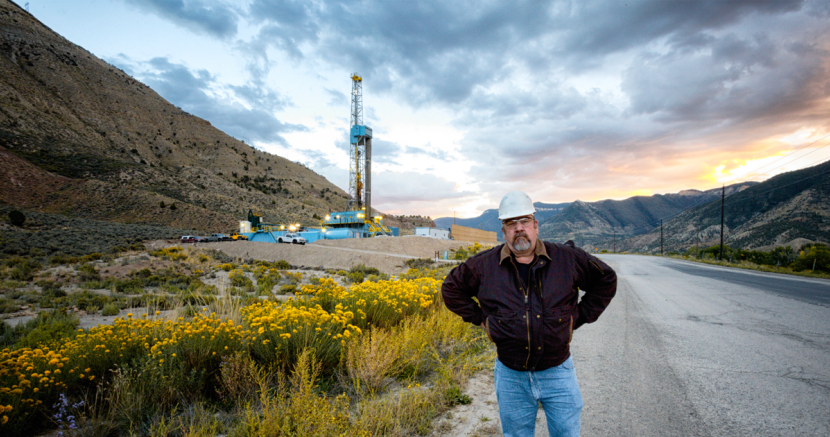 When a Donald Trump supporter this week yelled “Get out of my country!” at a distinguished Latino journalist, who knew Texas Gov. Greg Abbott would say “okay” and make plans to head to Mexico? I don’t think he was talking to you, Governor.

Of course, it’s another matter altogether that Abbott decided to plan his Mexican escape for the Labor Day weekend, thereby signaling to Texas and American workers just how much he thinks of them. I don’t remember another time a Texas governor scheduled a foreign trip for the weekend we celebrate the contributions of hard-working Americans.

Labor Day is celebrated on the first Monday in September. You might wonder why it’s not celebrated on May 1, Mayday or International Workers Day, like it is in some 80 other countries. That’s because President Grover Cleveland didn’t want the holiday associated with the deadly Haymarket Riots in Chicago in early May 1886.

Regrettably, Labor Day today is more of a “Fall is Coming” celebration than a shared holiday in which we all honor American workers. I imagine many more of us attend retail Labor Day sales events than worker celebrations. We should not be proud of this. But even in states like Texas, traditionally antagonistic to unions and all horizontal bonds among workers, there are terrific celebrations of Labor Day, especially in heavy industrial areas and urban centers.

I sometimes wonder if the average Texas non-union worker has any idea how American labor unions improved the quality of life for him and his family. Unions brought us the 8-hour workday and the 40-hour work week. That’s right. Weekends and weekday evenings at home are the accomplishments of organized Labor.

Labor was a key part of the national coalition that ended child labor in the United States. Your children can grow and learn in school and at home with family instead of being forced into sweat shops for hours every day.

Employer-based health insurance. Minimum wage laws. Health and safety laws that have saved uncountable American lives and protected the health of many more. These are the accomplishments of the American Labor Movement. Its successes show us how democracy can be advanced and our lives improved when we stand shoulder to shoulder to fight for ideals – and for the benefit of each other.

I have never been a member of a labor union largely because of the fields I’ve worked in and the places I’ve worked. I was a political journalist in Texas for many years, then an aide to former Texas Lt. Gov. Bill Hobby, then a campaign manager and consultant, and now a self-employed communications consultant.

During my political career I have found no more honorable and loyal colleagues than those in the Labor Movement. They keep their promises and do what they say they will do. They mean it when they say they have your back. They are in it for the good of one another.

I’m talking about behavior in the political sphere, not known for honor or loyalty. Whether we belong to a union or not, we could all learn a thing or two about respect for one another from our union brothers and sisters.

Radical conservatives have always hated unions, of course. I believe the hatred springs from psychological as well as economic and political sources. Certainly, big economic interests want as much control over wages and working conditions as they can have. They don’t want to have to bargain with their employees. They feel superior and want to be in charge. Labor organizations get in their way. Workers should be grateful, not uppity.

A more authoritarian mindset – among leaders and followers – is threatened by horizontal or equal human relationships. It’s more parent and child than brother and sister. Some bosses even work to disrupt friendships among their employees. Some employees are much more comfortable in vertical relationships with their employers. They are more at ease. There’s nothing particularly new or unique about this.

The Right has stepped up its attacks on Labor in recent years. Teachers unions and public sector workers have come in for particularly hateful attacks based on false accusations. There’s a very cynical, utilitarian motivation to these attacks, of course. Most of the union members support Democratic or progressive candidates. The Right wants to dry up that money and support for Democrats. So they conduct public relations campaigns blaming unions for all sorts of ills. Their message: ignore your brother and sister and obey your father.

I’m writing the week before Labor Day weekend so we can spend a little time thinking about the accomplishments of the American worker and the Labor Movement. I wish Gov. Abbott a good time in Mexico, of course. Here, we will celebrate one another.