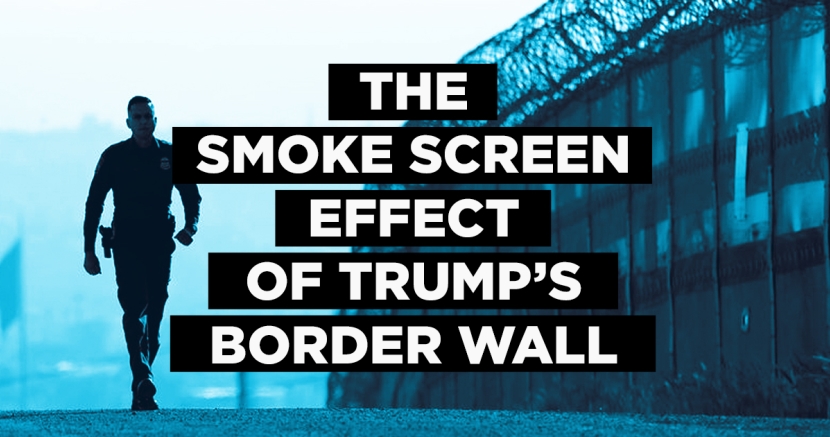 The border wall is really a smoke screen

What's Donald Trump trying to distract us from this time?

The recent government shutdown was the longest in history at 35 days. The purpose was supposedly centered around the notion that Trump was simply holding out for more money for a border wall. Yeah, right.

This was never about a border wall, it was always about distracting the media - and thus by proxy, the American public - from the other issues that are hobbling the executive branch.

With the non-stop barrage of news these days, it's easy to lose sight of the many controversies, but even a cursory google search generates the kind of results that would have toppled any other politician at this point; the indictments, plea deals, and convictions associated with the administration; and the newly opened investigation into the Trump inaugural committee.

The wall is a smoke screen to keep the public from seeing these issues in headlines every day. And it's the kind of ideological distraction that keeps the Republican base invested in Trump's tenure - even as everyone else in his orbit is jumping ship.

He is a master of distraction. In fact his real "art of the deal" isn't in deal making as much as it is in dealing distractions.

On January 25, 2019, Roger Stone was arrested in connection with the Russia investigation. On the same day, miraculously, Trump ended the government shut down thus generating competing news headlines around the country. What a coincidence! Except that it wasn't a coincidence. (For more examples see the Guardian's case-by-case example of distraction media in Trump's first few months of office.)

Trump diffuses incoming attacks against himself by launching pre-emptive strikes on things we care about - things we will predictably shift our attention to defend (in this case its immigrant families, good policy, a functioning government - take your pick).

Yes, we should care about the wall and who it impacts. But we should also care to check and see what Trump is running from that day.

We may not know if his next attack will be about the wall, but the odds are pretty good that it will be another smoke screen.