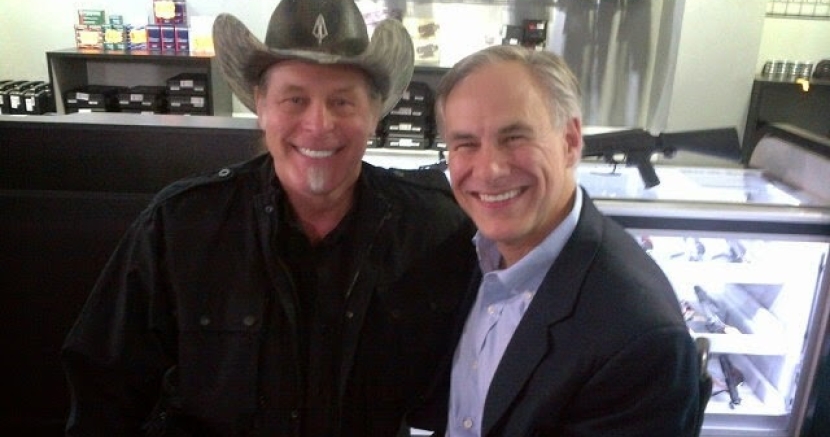 Ed Espinoza
Together, the best friends are bringing a new low to Texas politics

This week Republican Greg Abbott made headlines in his bid to become the next governor of Texas. Unfortunately for Abbott, the headlines came because his campaign staged an event with Ted Nugent, a rock and roller now better known for inflammatory comments than he is for playing the guitar.

You can tell a lot about someone by the company they keep. And in this case, Abbott is rubbing elbows with the same Ted Nugent who is an admitted sexual predator, and has made sexist and racist comments as recently as last month.

Nugent referred to Abbott as his "blood brother" and espoused the attorney general's commitment to individual rights. Seems Abbot is doing a pretty good job of exercising his individual right to surround himself with jackasses.

But don't just take my word for it - see what the major papers around Texas are saying.

It's just the latest example of an out-of-touch and out-of-control campaign that is just plain wrong for Texas.

"It reveals Abbott, at the very least, as someone who doesn't have acute political judgment."

"This misstep calls Abbott's leadership and judgment into question..."

"If Abbott thinks any Christians, other than the most craven political opportunists, are going to be OK with this kind of blatant sexual exploitation, he has another thing coming."

"Most outrageous of all: Abbott's claiming to reporters after an appearance with the Nuge that he didn't know what the rocker had said in the past. As our state's top law enforcement officer and a former judge, he should have found out."

"The fact that the Abbott campaign could put out an attack video called ‘Words Matter,’ the day after it said that it didn't matter that Ted Nugent, who was campaigning with Abbott, had only last month used the words, ‘subhuman mongrel,’ to describe President Obama, was, I thought, breathtaking.”

--"Words Matter. On Ted Nugent, Greg Abbott and the "subhuman mongrel" who is President of the United States," Feb. 19, 2014