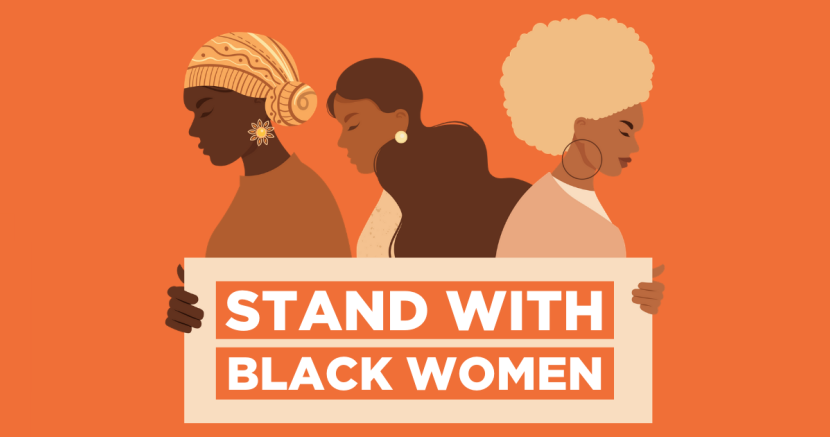 Victoria Guerrero
The term, coined by Black women, has been the framework to many social justice movements in the U.S. since its inception.

In 1994, at a conference in Chicago sponsored by the Illinois Pro-Choice Alliance and the Ms. Foundation for Women, a group of women gathered to hear the Clinton administration’s proposal for health care reform, which sought to de-emphasize reproductive health care as a compromise to Republican criticism.

The proposed health care reforms had little focus on health services such as pre- and postnatal care, fibroid screenings or STI tests, and they failed to understand how a person's choices around parenting and reproductive care can be constrained by things such as income, housing, and the criminal justice system. So 12 Black women gathered in a hotel room to discuss how to address these disparities and to craft a statement in response to the proposed reforms.

On August 16, 1994, WADRJ collected roughly $40,000 to run a full-page ad in the Washington Post and Roll Call, a newspaper that covers politics and policy on Capitol Hill. They wanted to send a message to federal legislators that they needed to make the right decision on behalf of Black women and their families. Later, a press conference about the ad was held in Washington DC on Capitol Hill. Congresswomen Eleanor Holmes Norton, Maxine Waters, Carrie Meek, Cynthia McKinney, and Eva Clayton were set to speak, and the efforts of the group even garnered the endorsements of author Alice Walker and supermodel Veronica Webb.

In 1997, 16 organizations including Black, Asian-American, Latina and Indigenous women got together to create SisterSong, a collective dedicated to the reproductive and sexual health of women and gender-nonconforming people of color, based in Atlanta. Since then, the reproductive justice movement has flourished and has been the foundation to many social justice movements.

The reproductive justice framework demands consideration of all the ways in which reproductive health can be affected by other factors, from race, religion or sexual orientation to financial, immigration or disability status to environmental conditions. It allows us to shape policy, improve health services, and even collaborate with other social justice movements toward the same goals. And the fight for reproductive justice lives on today, more than 27 years later.

Reproductive justice organizations like the Afiya Center in North Texas are leading the work to center the needs and health concerns of Black women in Texas, who disproportionately experience higher rates of maternal mortality and HIV exposure in our state and nationwide. The organization even created Texas’ first ever Black Women’s Reproductive Justice Policy Summit, which seeks to amplify the voices of Black women in the conversations surrounding critical issues such as reproductive rights and abortion access. The work organizations like the Afiya Center lead is crucial and at the center of the progressive movement in Texas.

Since the Roe v. Wade decision, reproductive rights have centered around a person’s right to an abortion, but reproductive justice seeks to address all aspects of a persons decision to bear or not to bear children and to be able to do so in a safe environment. It encompasses things such as access to contraception, food security, and even environmental justice because the right to parent children in safe and sustainable communities includes all of these things. The work the 12 founding mothers started 27 years ago lives on today.