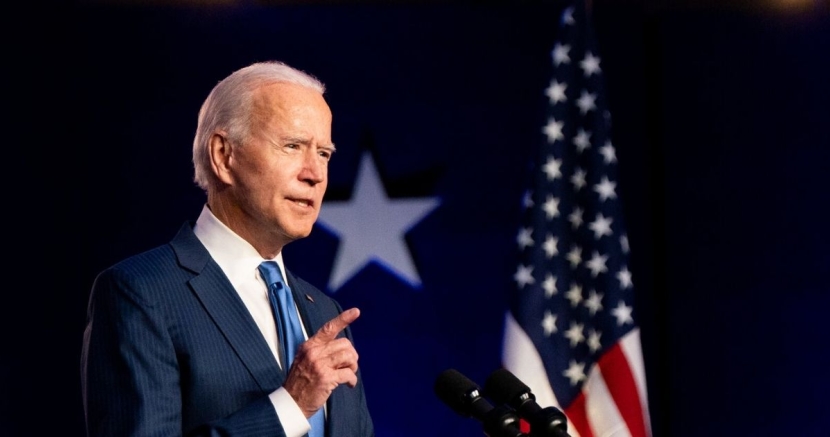 Arabella Cadena
As President Biden’s first State of the Union address approaches, here are five of his biggest wins and five areas for improvement.

One year into his presidency, President Joe Biden has managed to accomplish a lot. Even while dealing with Republican obstructionism and opposition from members of his own party, the Biden administration has made progress on key issues directly impacting Americans. That being said, there is always room for improvement, and Biden has a number of promises he still needs to keep.

Here’s a look at five of Biden’s biggest accomplishments, as well as five areas for improvement:

President Biden has been getting judges confirmed at a record speed! In his first year he confirmed 42 lifetime Federal judges—the most in 40 years: 13 Circuit Court judges, and 29 District Court judges. What’s more is the unprecedented diversity of these new judges which includes the first openly LBGTQ woman to sit on an appeals court, the first Muslim American federal judge, 21 public defenders, and 14 civil rights attorneys.

In early 2021, the federal government announced that almost all health insurers must now cover PrEP, the HIV prevention drug, and all clinical visits and lab visits relating to it. In December 2021, the FDA permanently removed the restriction on access to abortion pills by mail.

Three months into his presidency Biden accomplished his number one legislative priority by signing this historic $1.9 trillion COVID-19 relief package into law. The plan included up to $1,400-per-person stimulus payments, expanded unemployment benefits, an expansion of the child tax credit of up to $3,600 per child, billions of dollars to help students return to the classroom and to assist small businesses hit by the pandemic, and a national vaccination program that’s succeeded in vaccinating 70% of the population. Biden lifted the income floor during a crucial time for many Americans hard-hit by the pandemic.

In November, Congress passed a $1.2 trillion bipartisan infrastructure bill. This deal will put new funds into transportation, broadband and utilities, including $110 billion into roads, bridges and other major projects and $39 billion into public transit systems. This historic infrastructure bill will work to resolve some of the most unjust infrastructure failures through eliminating lead service pipelines, ensuring reliable high-speed broadband internet for all Americans, and by investing over $50 billion into making infrastructure resilient to the effects of climate change.

When he entered the White House, President Biden identified climate change as one of his four priorities. Prioritizing the environment was a much-needed move considering the history of climate change denial during the Trump presidency. Biden immediately rejoined the 2015 Paris climate agreement, canceled permits for the Keystone XL pipeline, paused new leases for oil and gas drilling on public lands and in federal waters, and called for increasing renewable energy production.

While Biden has prioritized passing voting rights legislation and promised to codify Roe v. Wade, his actions on the issues have been passive. To pass the Freedom to Vote Act and the John Lewis Voting Rights Act, an end to the racist filibuster is needed. But Biden was slow to commit, first calling for a return to a talking filibuster, and has been criticized by voting rights groups for not pairing his strong speeches with concrete actions. He was willing to listen, however, and has since called for an end to the filibuster to pass voting rights legislation. Abortion is only another example of where a more unapologetic, aggressive stance is needed. In a statement released on the anniversary of Roe v. Wade, President Biden and Vice President Harris didn’t use the word abortion a single time.

While Biden’s rhetoric on immigration is an improvement to the past four years, his actions have not done much to improve the harsh realities of immigrants. Under Biden the number of undocumented immigrants in detention centers has increased by 50%, putting them at a higher risk for catching COVID. Additionally Biden has reimplemented the ‘Remain in Mexico’ policy, continued the use of Title 42 to expel migrants, and deported Haitian asylum seekers.

A majority of Americans support legalizing marijuana, yet Biden has not taken any steps toward legalization or decriminalization. In fact, his record on criminal justice in general has been lacking. He has yet to take steps towards fulfilling his promises to eliminate cash bail and mandatory minimums.

4. Standing up for students

Biden pledged to cancel at least $10,000 of student loan debt, in fact he said it should be done immediately. However, a year into his presidency he has failed to pursue any large-scale loan forgiveness. Additionally, Biden has yet to follow through on free college for families with incomes below $125,000.

While Joe Biden never supported Medicare for All, he did support a public health insurance option. So far, he hasn’t made any moves to make this public option a reality. Biden should rethink his rejection of universal healthcare, healthcare is a human right and as the pandemic rages on this is more important than ever.

Biden’s record isn’t bad for one year, especially as he works to handle a number of crises like the COVID pandemic and Russia-Ukraine conflict. He still has time to make good on his campaign promises, and with the newly announced retirement of Justice Stephen Breyer, it seems Biden is one-step closer to fulfilling his promise to nominate a Black woman to the Supreme Court.

To hear Biden’s reflections on the past year and his legislative goals for the next tune into the State of the Union on March 1st.