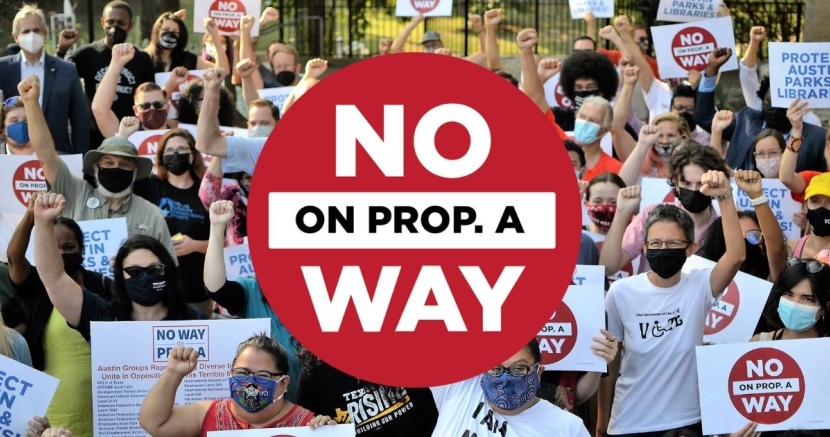 Ed Espinoza
Prop A is an unfunded mandate that would force cuts to essential city services like Fire, EMS, and more.

In the November 2021 election, Austin voters should resoundingly reject Proposition A, which proposes to drastically and permanently increase funding to the Austin Police Department via major cuts to other services, like Fire and EMS. It is an incredibly risky proposal and one that state law would prohibit from being undone.

A threat to Fire and EMS

In the city’s 2021-2022 budget, the Austin Police Department has seen all of its pre-pandemic funding restored with an additional $10 million to boot, amounting to $442 million - a record high that accounts for 38% of the city’s general fund.

Proposition A seeks to increase funding without raising taxes, meaning the projected increase of $54 million to $119 million per year could take the police share of the budget up to 46% of the general fund, and all from cuts to other services. The police already have the biggest slice of the budget pie, so the next biggest places to pull from are: Fire at $219 million and emergency medical services at $105 million. We need comprehensive solutions to public safety -  police can’t bring you an ambulance and they can’t save a house on fire.

This proposition is entirely reckless, and it’s why the Austin Firefighters Association has come out against it, along with the Austin EMS Association which stated that it would “cannibalize” first responder budgets. It also threatens funding to parks, libraries, and other services. 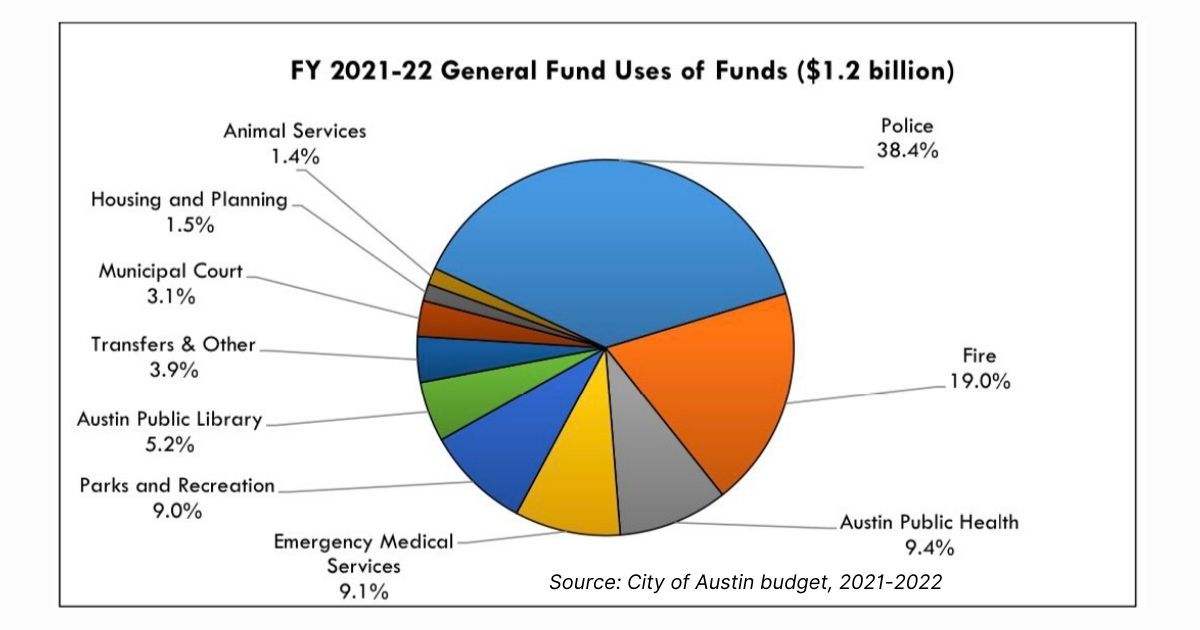 The general fund vs. the budget

The Austin City Council only has discretion over the $1.2 billion general fund, which is what’s raised from property taxes. Whereas the total city budget is $4.5 billion, that includes revenue that goes back into operations for public utilities like Austin Energy and Austin Water, as well as Austin Bergstrom International Airport. That’s $3.3 billion that City Council doesn’t mess with and for good reason. The Republican-led front group “Save Austin Now” continually uses the $4.5 billion number in their cost estimates, but it’s a tactic to intentionally mislead in order to give the appearance of smaller percentages for police spending. Don’t buy it.

This year, Gov. Greg Abbott signed legislation that requires cities to maintain levels of police funding or suffer consequences. Specifically, if a city reduces a police budget, that then triggers areas of a city that have previously been annexed to choose to break off - thus breaking apart communities and depleting a tax base. This means that once the budget for APD is increased, it cannot be decreased in the future.

Budgeting by the Ballot Box isn’t even legal

The Austin City Charter prohibits budgeting by the ballot box. Imagine if voters approved various proposals that over time exceed the city’s budget - it would lead to a crisis of deficits, and basic needs such as street lights may not even be budgeted for.

But don’t we pass spending measures all the time? We do when they are proposed as tax rate elections such as the November 2020 initiative which asked voters to approve an increase to build out a rail system. However, the police initiative offers no such provision, and this is exactly what the charter prohibits.

Snakes in the grass

This issue was put on the ballot by Travis County Republicans by way of a front group called “Save Austin Now,” which disingenuously presents itself as bipartisan. Yet every press conference features a cadre of Republican politicians, candidates, activists, and donors lining the walls. The timing of Proposition A is no accident - the measure was strategically placed on the ballot in an odd-numbered year in hopes that low voter turnout might help their electoral chances.

This is the third time a measure entitled “Prop. A” will appear on the Austin ballot in the past 13 months; the rail initiative in November 2020, an arbitration measure in May of 2021, and now the police spending proposal in November 2021. This creates confusion and it’s time to establish a system of lettering that does not reset in every election; an easy fix is to start at “A” and build up to “Z” over time before resetting.