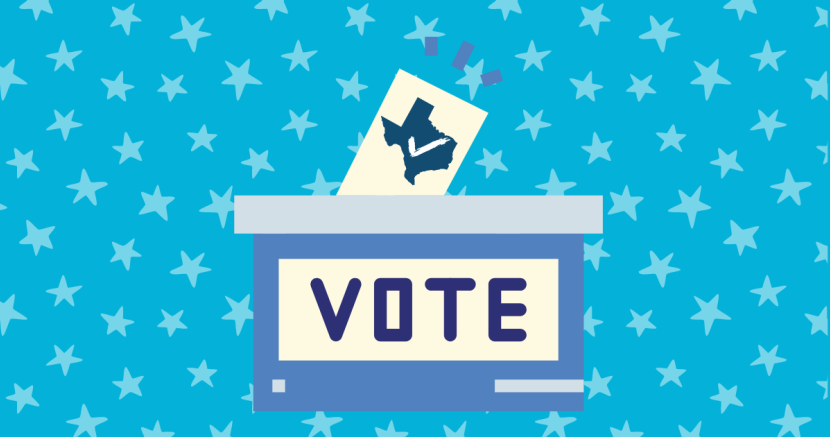 8 progressive takeaways from the 2020 election in Texas

With every election, Texas progressives are gaining more power.

While we still have a ways to go, progressives saw gains in the 2020 election and over the course of this election season. Texas voters, activists, and organizers have been working non-stop to help build a better Texas. And we’re getting there.

Here are eight progressive takeaways from this election:

1. Texans turned out to vote in record-breaking numbers.

This year, Texas saw record-high turnouts. Despite a pandemic, lack of voting-by-mail, and GOP voter suppression tactics, Texans turned out in record numbers all over the state. We went from having one of the worst turnout rates to leading the country in early voting. Over 9.7 million votes were cast during early voting, and current estimates have over 11 million Texans coming out to the polls in this election. The effort from grassroots organizers and activists paid off.

Because of these organizing efforts, we also saw young voters turn out in unprecedented numbers. These young progressives are just getting started. With this growing base of organizers, activists, and young progressives, the future of Texas looks brighter and bluer.

One thing we know for sure is that Texas reached historic participation levels this year, and it was in large part because of younger Texans. Youth voters and groups like @MOVE_texas and @texrising really did that! #LetTexansVotehttps://t.co/BxYytxaFoJ

It’s been over four decades since Texas went blue in a presidential race. But on Tuesday, the tight race proved that Texas is still a battleground state. Overall, Biden got 5.2 million votes in Texas. That’s a 1.3 million increase from 2016. In fact, in the last 3 presidential races, progressive Texans have slowly been working their way toward victory. In 2012, Barack Obama came within 12 points of Mitt Romney. In 2016, Hillary Clinton inched closer at 9 points. And this year, Democrats closed even more of the gap at 6 points.

The good news doesn’t end there. Biden also broke national records, as he’s on track to become the presidential candidate with the most votes in US history.

Texas is getting more and more blue every election. While we aren’t there yet, we know it will happen with time. Power in Texas is shifting, and we know soon we’ll see Texas turn blue again.

With the Texas Senate candidate securing a win and flipping a seat blue, Texas Republicans have lost their supermajority in the Senate. This means that Republicans have to have support from Democrats before even bringing a bill to the Senate floor to discuss. If this had been the case last session, bills like the Save Chick-Fil-A bill or the anti-Planned Parenthood bill may not have been passed. This progressive win gives Democrats an upper-hand compared to the last few legislative sessions and means that Republicans will be forced to work across the aisle if they hope to get legislation passed in the Texas Senate.

In the last few elections, Democrats have made huge strides toward flipping the state. In 2016 and 2018, progressives flipped 17 seats in the Texas House and two seats in the Texas congressional delegation. This is a lot of territory to defend, and Democrats were able to maintain their wins.

5. Chrysta Castañeda put the Texas Railroad Commission on the map.

Democratic Railroad Commission Candidate Chrysta Castañeda may have not won the race, but she still brought accountability and attention to the Texas Railroad Commission. Prior to her campaign, many folks may not have realized that the Commission had nothing to do with railroads, and is actually our state’s oil and gas regulator. She even received national attention as folks began to realize that her race was the most important environmental race in the country.

With the election of Jose Garza as Austin’s District Attorney, Texas has one of the most progressive DA’s in the country.

Garza ran on a progressive platform to help reform the criminal justice system. His promise to not prosecute drug possession cases and sales under one gram will drastically change the drug policy in Texas. And after this summer made it clear how deeply rooted police brutality is in this country. Travis County now has a DA who isn’t afraid to hold police officers accountable and speak on the systemic racism of mass incarceration. It’s clear by Garza’s win that progressive values are mainstream values.

Congratulations, @JosePGarza! I am excited for this next chapter for Travis County as Garza helps #reimaginejustice.

Garza wasn’t the only success story. Across the state, Texans saw progressive wins at the local level. For example, in Harris County, Democrats won every local judicial race on the ballot. Democratic judicial candidates performed well in Bexar, Dallas and Travis counties as well, which shows the shift toward Democratic victories in Texas’ large metropolitan areas over the past few elections.

7. We’re going to count every vote.

No matter what Trump says, the American people will decide who wins this election. Every vote deserves to be counted, and while Trump and his supporters would rather try to steal this election with dangerous lies, we won’t let them. This election is on track to have the highest voter turnout in history. We must honor every voice that showed up to the polls.

As election officials do their jobs in dutifully counting every vote, help sign our petition to ensure that every vote gets counted.

While the nation continues to watch results roll in after Election Night, over 100 people are marching in downtown Austin. Many are chanting “count every vote.” #Texas #Austin #atx #atxprotest @statesman pic.twitter.com/ytm4hjlUT2

8. The fight for a better Texas isn’t over.

As Grace Lee Boggs once said, “Revolutions are made out of love for people and for place... Love isn't about what we did yesterday; it's about what we do today and tomorrow and the day after.”

Texas is changing, and we’re not going to stop fighting until it’s a better, more progressive place for all.