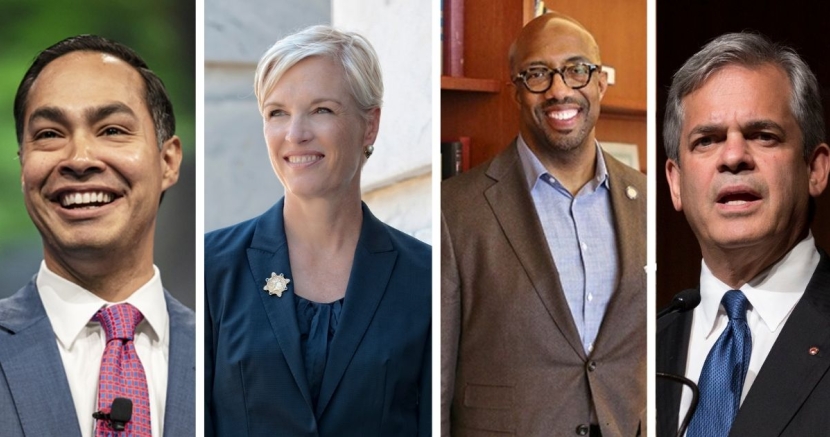 6 Texans that could join Joe Biden in Washington

If we want to see a blue Texas, it starts by elevating leaders to the highest levels of government.

Now that Biden has officially won the election some three dozen times, he is hard at work building his team in Washington. But, and correct me if I’m wrong here, as of December 17, 2020, we have yet to see mention of any Texans who might join him. So we’ve taken the liberty of coming up with some names that could be good for Biden to bring with him.

Steve Adler, Undersecretary at the Department of Transportation

Austin Mayor Steve Adler just helped pass one of the biggest and most important mass transit initiatives the city has ever seen. This, in addition to overseeing one of the fastest growing cities in America, has given him critical insights on balancing traffic and mass transit in the face of growing populations. He’s also an attorney and seasoned negotiator, which will come in handy. Adler enjoys a close relationship with incoming Transportation Secretary Pete Buttigieg - he was an early endorser of “Mayor Pete” in his run for president, and the two served alongside Adler in the U.S. Conference of Mayors. If not in this role, he’s also mentioned for positions at the Environmental Protection Agency and Housing and Urban Development.

During his run for president, Castro took bold political positions on immigration reform and poverty. He’s already put in his time as Secretary of Housing and Urban Development under President Obama, and during his own run for president showed a grasp for foreign policy. Diplomacy fits his brand, and his depth of knowledge in government and foreign policy could be a welcome addition to the Biden team.

Ruiz, who hails from South Texas, is a seasoned operative who served as a key member of Kamala Harris’ political team, on President Obama’s re-election team, and has held senior staff positions here in Texas with organizations such as Annie’s List and Organizing for America. For good reasons, she is highly sought after talent and that’s why Biden should seek her out for DNC Chair or another similarly senior position.

Perhaps best known for his Ted Talk on the state of higher education, he believes that the current higher education model is not working, and that it needs to start wading into the communities it serves with higher engagement. He came this close to running for Texas Governor in 2018, instead choosing to remain president of Paul Quinn College, an HBCU in Dallas. In this position, he oversaw the turnaround of a campus that was on the brink of closing, where 90% of the student population is Pell Grant eligible (meaning the family makes less than $30,000 per year), and successfully launched a “new urban college model” that focuses on three things; “we over me” to promote leadership, encourages entrepreneurship, and experiential learning which actively involves students in the learning. He would be an unconventional choice at DOE - which is exactly why he should be considered.

The mother-daughter duo out of Texas brings two lifelong political forces. Richards, the founder of Supermajority and the former president of Planned Parenthood, brings insights from some of the most important political issues taking place in recent years. Her experience ranges from issues such as healthcare, abortion rights, women’s empowerment, and political savvy. Adams is a former top aide to Kamala Harris and has been mentioned for a White House position. They are the daughter and granddaughter of former Texas Gov. Anne Richards, a Texas pedigree that would be an asset to the administration.

Others? Texas has a lot to offer, and this isn’t even a complete list. Think of folks like Beto O’Rourke whose people skills and zeal for civic engagement could make him a good candidate to help wrap-up the Census (the count is concluded, but the work will carry on into 2021 due to delays caused by the pandemic). And there’s Reps. Veronica Escobar and Sylvia Garcia who could serve well in any capacity.

The point is that Texas has talent and if we want to see a blue Texas, it starts by elevating leaders to the highest levels of government. Hopefully this short list can start a long conversation.