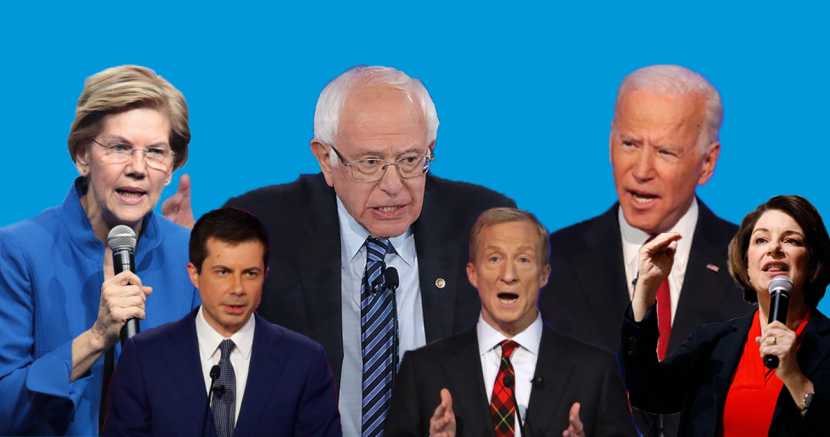 5 Texas takeaways from the January #DemDebate

With just a few weeks to go before the Iowa caucuses, candidates gave it their all on stage.

The January Democratic Debate was the last debate before the Iowa caucuses. And with only six candidates on stage, candidates gave it their all to make an impression.

Here are five takeaways from the night:

1. Trump is a threat to our national security.

This was the first meeting of the candidates since Donald Trump’s Iran crisis, so a significant portion of the debate was spent discussing foreign policy goals and answering questions about America’s role in the Middle East.

Candidates agreed that Trump is a threat to our national security and we need a level-headed leader in charge of foreign policy. They also agreed that Trump recklessly threw away a nuclear deal that was working with Iran and is now bringing us closer to war. However, they did have different plans on whether or not to leave troops in the Middle East.

Candidates asked if they would leave troops in the Middle East. @JoeBiden & @amyklobuchar both say they would leave some troops. @ewarren says she would bring troops home. #DemocraticDebate #DemDebate

2. A woman can be president.

We’re not going to comment on the rift between Senators Elizabeth Warren and Bernie Sanders, because in the end, it only helps Trump. But we do applaud both candidates’ responses when they were asked to comment on the matter. They both made important points about electability and how a woman can definitely beat Trump in 2020.

Sanders pointed out that Hillary Clinton won the popular vote by 3 million votes.

“How could anybody in a million years not believe that a woman could become president of the United States?” he said.

Warren then addressed the issue by bringing up the candidates’ election records:

.@ewarren: "Look at the men on this stage. Collectively, they have lost 10 elections. The only people on this stage who have won every election they’ve been in are the women." #DemDebate #DemocraticDebate pic.twitter.com/7IPITCVaW4

In 2020, let’s vow to get rid of the term “electability,” and instead vote for candidates who represent our values.

According to economists, Trump’s tariffs are causing damage to the U.S. economy. Many have warned that sticking with Trump’s trade war could be detrimental to the health of the economy and forecasters are predicting that another recession is upon us.

The candidates discussed both the trade war and the new USMCA agreement, which the Senate is expected to vote on in the coming weeks. While Sanders vowed not to vote for USMCA, Warren said she would vote for it while continuing to fight for a better trade deal. Mayor Pete Buttigieg expressed support for the deal, saying it was an improvement, but not perfect.

Candidates are right. Trump's #TradeWar is hurting people, including here in Texas where our economy depends largely on trade.

There are no winners in a trade war. Instead, we all lose. #DemDebate #DemocraticDebate https://t.co/yVC0LC7KR9

4. Health care is a human right.

The debate on health care continued, with candidates sticking to their guns on the best way to approach America’s health care crisis. While they may have different opinions on whether Medicare-for-All or a public option is the best path forward, they all agreed that health care is a human right and that health care prices in our country are way too expensive.

What we do know is that the Affordable Care Act must be expanded.

We've had the #healthcare discussion many times in previous debates. But here's a quick recap of the candidates' stances:@ewarren & @BernieSanders support some version of Medicare-for-all.@PeteButtigieg, @JoeBiden, @amyklobuchar & @TomSteyer prefer a public option. #DemDebate

5. Each of the candidates would be a better president than Trump.

At this point, hopefully we can all agree that every single one of the candidates on stage would be a better president than Trump. The way they plan to approach many of the issues may differ, but they’re all committed to fighting climate change, making health care more affordable, protecting abortion rights, fighting gun violence, and so much more.

So this primary season, vote your conscience. Don’t worry about electability. If you haven’t already, research and figure out which candidate is right for you before the primaries. But after the primaries, commit to rallying around the nominee. Because come November, it’s going to take all of our votes to beat Trump.

We've said it once and we'll say it again. Each of the candidates on stage would be a better president than the person currently occupying the White House.

Notably, candidates were not asked questions on gun reform, abortion rights, LGBTQIA+ issues, criminal justice reform, voting rights, or immigration. These are all major issues important to voters. So, for a closer look at where the candidates stand on the issues, here are links to their pages where they discuss the issues and their plans to address them: Joe Biden, Pete Buttigieg, Amy Klobuchar, Bernie Sanders, Tom Steyer, Elizabeth Warren.

The deadline to register to vote in the Texas primary election is February 3 and early voting begins on February 18. We must show up and vote to make our voices heard!

Visit GoVoteTexas.org to make sure you’re prepared to cast a ballot.