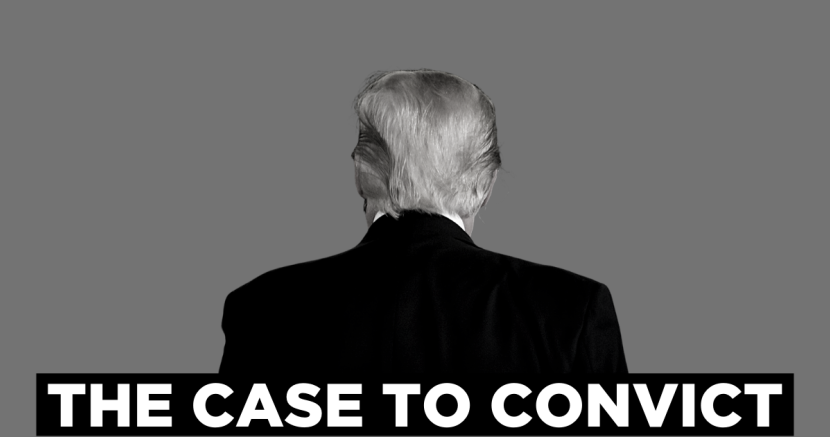 Wesley Story
The Senate must vote to convict Trump.

Everything about Trump’s tenure in office was unprecedented, including the second impeachment trial that’s currently underway.

There are questions around this second impeachment, so here are 5 facts that you may find helpful:

1. It’s not the first time the House and Senate have impeached a former federal official. While it’s a first for a former president, senators, judges, and administration officials have been impeached after leaving office since the birth of the Republic, when the founding fathers were still around.

2. "If you don’t fight like hell, you’re not going to have a country anymore.” These are the words Trump said after he insisted the crowd walk down to the Capitol, and assured them that he would be with them. These words - and his actions in the days leading up to it - are examples of how he incited his followers to attack the Capitol.

3. There is no “January Exception.” Impeachment exists as a remedy for high crimes and misdemeanors during a federal official’s tenure, and there is no exception given to officials during the final month in office. And it would be a dangerous precedent to set.

4. There is one article of impeachment: incitement and insurrection. This entire process is based on Trump mobilizing people to march on the U.S. Capitol which led to evacuation, violence, destruction, and the eventual deaths of now seven people. It is unacceptable to look the other way on these matters.

5. The Jan. 6th attack on the Capitol will be in the history books - and so will our response. It is imperative that the Senate issue consequences for this behavior, otherwise, what’s to stop it from happening again?

Click here to sign our petition and send a letter to Senator Cornyn telling him you believe that Trump should be convicted for his actions.

There can be no unity without accountability. The Senate must put partisanship aside, vote to convict Trump, and pass ensuing legislation that bars him from seeking office again.