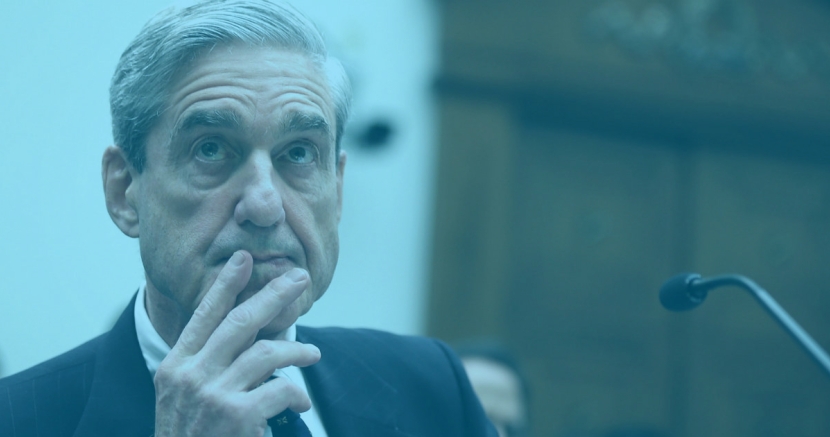 We listened to hours of testimony from Robert Mueller so that you don’t have to. Here are some of the most important takeaways.

Robert Mueller appeared before the House Judiciary Committee and the House Intelligence Committee Wednesday for hours of testimony.

During his testimony, Mueller stood by his report and reaffirmed the urgency of protecting our democracy from foreign adversaries. Mueller also negated Trump’s claims that he had been “totally exonerated” by the report.

Here are some important takeaways from his testimony:

1. The Mueller Report did not exonerate Trump.

Let's be clear, the Mueller Report found substantial evidence of obstruction of justice and did not exonerate the president. Mueller testified under oath that Trump “was not exculpated for the acts that he allegedly committed.”

ICYMI: Earlier today, Mueller confirmed that the #MuellerReport did not exonerate Trump.

“The finding indicates that the president was not exculpated for the acts that he allegedly committed,” Mueller said.#MuellerHearing #MuellerHearings

2. The Mueller investigation was necessary.

Ignoring the findings in the Mueller Report would be an injustice to all Americans and characterizing his investigation as a waste of time is harmful to our democracy. Mueller's investigation resulted in seven guilty pleas and charges against 34 individuals and three separate companies. The investigation uncovered information vital to the survival of our democracy.

.@RepDLesko wrongfully suggests that b/c the #MuellerReport cited news articles, it was a waste of time.

3. Party over country puts our democracy at risk.

The GOP strategy for these hearings was to deflect and redirect. Republicans continue to deny the evidence in front of them and refuse to take action to protect the American people. They are turning their backs on us and denying truths found in the Mueller Report.

.@RepEscobar: "It's clear that anyone else would have been prosecuted based on the evidence in the #MuellerReport. It now falls on us to hold President Trump accountable." #MuellerHearings #MuellerHearing #NoOneIsAboveTheLaw

.@RepAdamSchiff: "Your work speaks of a president who committed countless acts of obstruction of justice ... Whether we decide to impeach the president in the House or we do not, we must take any action necessary to protect the country while he is in office." #MuellerHearings

5. Russian interference is NOT a hoax.

Attempts to target our elections are ongoing. We can expect interference in the 2020 election and must to everything we can to protect our elections from foreign influence.

Mueller makes it crystal clear that Russian interference is not a hoax.

Speier: "Would you agree that it was not a hoax that the Russians were engaged in trying to impact our election?"

Mueller says Russia's attempts to target our elections are happening right now and will continue in the upcoming election. #MuellerReport #MuellerHearing #MuellerHearings

No matter what steps are taken regarding the Mueller Report and impeachment proceedings, Trump will be gone in 2020 because of us. We have the power to vote him out of office by electing a candidate who fights for the American people and against the corruption that runs rampant in the current administration.