3 immigration policies Biden can reverse in his first 100 days 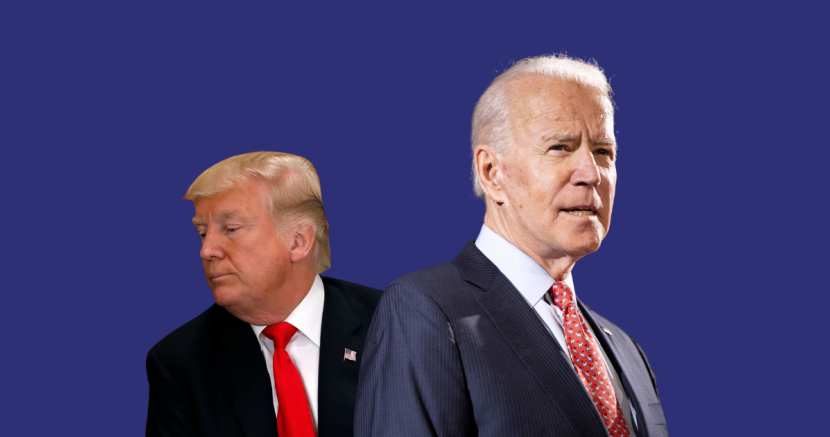 Victoria Guerrero
Biden can offer asylum to refugees, end the Muslim ban, and reinstate DACA on day one of his presidency.

Update 1/19/2021: Biden has committed to immigration reform on day one.

In its four year run, the Trump administration has managed to dramatically attack the U.S. immigration system, both in public policy declarations and discreet technical details. Trump managed to follow through on his promise to “crack-down” on immigration in every way possible, almost exclusively through executive orders, ignoring a Congress he originally pledged to work with.

Conservative lawmakers sat by as the administration attempted to dismantle the immigration system in numerous ways, including a plan to drastically reduce humanitarian benefits, increasing border security and enforcement, and decreasing legal immigration. The administration used the arrival of the COVID-19 pandemic as a justification to expedite many of these efforts in the name of “public health,” including suspending the issuance of visas to certain categories of immigrants and effectively ending asylum at the southern border.

With four years of cruel and inhumane immigration policies enacted, here are some things Biden can pass through executive order that can begin the process of reversing this damage:

Allow migrants seeking asylum back into the U.S.

The Trump administration’s “remain in Mexico” policy requires migrants seeking asylum in the U.S. to wait in Mexico while their cases are processed, regardless of what country they’re coming from. The policy exposes migrants waiting alongside the US/Mexico border to violence and inhumane conditions while their cases could take upwards of months to be processed, leaving them in danger and uncertain conditions. An executive order reversing this policy could revert back to the pre-Trump policy of allowing migrants the ability to wait within the U.S. as soon as they declare they are seeking asylum.

In 2017, Trump issued an executive order that banned travellers from seven majority-Muslim nations from entering the United States. Trump imposed the travel restrictions – often referred to as the “Muslim ban” – through a series of executive orders singling out Iran, Libya, Somalia, Syria and Yemen, triggering criticism that it amounted to unlawful religious discrimination. He then later expanded the ban to include Venezuela and North Korea and later added Nigeria, Sudan, Myanmar and three other countries to the list.

A reinstatement of DACA would provide immediate relief to young people seeking protection from deportation through the program. For many of these potential DACA recipients, the U.S. is the only home they’ve ever known, and deportation would be devastating. Trump first tried ending the Deferred Action for Childhood Arrivals program in 2017and since then, thousands who’ve aged into eligibility for the DACA program have not been able to apply. The Trump administration stopped accepting new applications for the program in September 2017 and the Migration Policy Institute estimated that there were about 66,000 young people who have aged into DACA eligibility since.

It’s important for the newly elected president to make bold policy decisions early on. These orders would be a start to the work needed from the new Biden-Harris administration to transform our immigration system and make it more friendly and efficient for those seeking asylum and opportunity in the U.S.