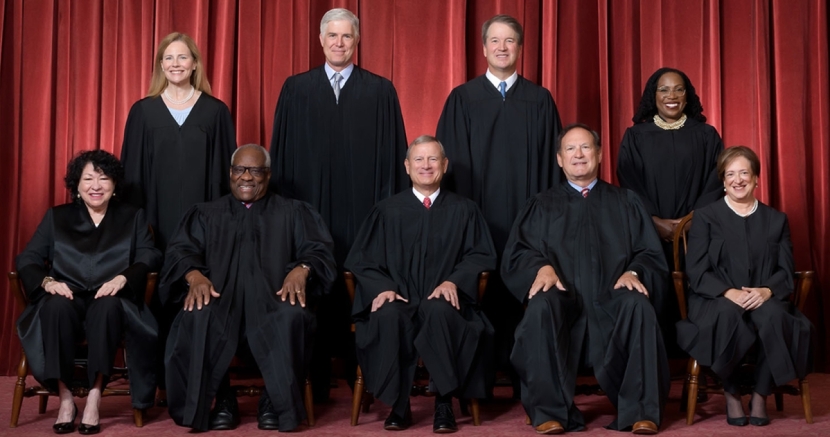 Emily Clark
Voting rights and tribal sovereignty are on the line

Earlier this year, the majority-conservative U.S. Supreme Court overturned Roe v. Wade, ignoring nearly 50 years of precedence on abortion. This month, they’re hearing oral arguments for cases that could change the future of voting rights and alter the lives of Native Americans across the nation.

While SCOTUS won’t release a final decision on these cases for a few months, there are still ways you can help right now.

Here are two of the cases we’re keeping an eye on:

In this case, SCOTUS is deciding whether the North Carolina Supreme Court has the authority to strike down the state legislature’s gerrymandered congressional maps that violate the state’s constitution.

The court is scheduled to hear arguments for Moore v. Harper on Dec. 7, and you can follow updates as they happen on SCOTUSblog (which is not affiliated with the Supreme Court). Find more information on the case and learn how you can help stop the North Carolina legislature’s dangerous power grab here.

When voters challenged the map in the state court and won, the state legislature attempted to implement a second gerrymandered map. The court denied that attempt and appointed a team of experts to draw a fair map for the 2022 congressional elections.

Why this case matters: SCOTUS already ruled that federal courts can’t hear partisan gerrymandering cases, so if they rule that state courts are also powerless in federal elections, voters will have no protection from future attempts by state legislators to suppress votes.

Texas is already one of the most challenging states to cast a ballot. If our state courts lose the power to protect voters, then state legislators’ power over elections will go unchecked.

In this case, SCOTUS is deciding on the constitutionality of the national Indian Child Welfare Act (ICWA). The ICWA gives preference to relatives or other Native families when a Native child is in foster care or undergoing adoption proceedings. Some white families looking to adopt Native children are challenging the law, claiming it gives unfair racial preference.

You can find a transcript of SCOTUS’ Haaland v. Brackeen oral arguments from Nov. 9, 2022, here.

Congress initially passed the ICWA to address this nation’s long history of separating Native children from their families and placing them in non-Native homes.

Second, “if the Supreme Court were to rule that tribes are racial groups rather than political entities and that the law is therefore unconstitutional, much of the legal basis for tribal sovereignty would be at risk,” said Elizabeth Reese, an assistant professor of law at Stanford University and scholar of American Indian tribal law and federal Indian law.

If the majority-conservative court decides to strike down the ICWA, the effects could negatively impact Native children and have a domino effect on laws pertaining to tribal nations.

How you can help: This Native American Heritage Month, and for every month moving forward, fight to stop modern attempts to colonize Native peoples and their lands. Start by learning more about the ICWA and the cases challenging it, then share the information with everyone you know. Find more ways to help protect the ICWA here.