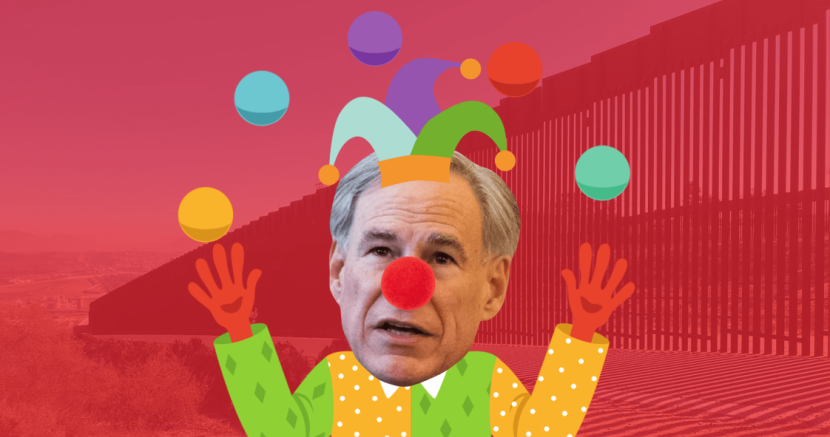 Following the Biden administration's pledge to lift Title 42, Governor Greg Abbott has embarked on a series of failed border initiatives.

The right to seek asylum has long been guaranteed by the United States government. But since March 2020, more than 1.7 million migrants have been denied this fundamental right. These border expulsions are carried out under a little-known provision of U.S. health law, section 265 of Title 42. Originally meant to stop any person, including U.S. citizens, who are at risk of spreading a communicable disease from entering the United States, the Trump administration manipulated this public health law to shut down the southern border. Public health experts have condemned Title 42 expulsions as a viable solution to the COVID-19 pandemic, illustrating that hidden under a public health guise, the United States is picking and choosing what kind of asylum seekers they will permit.

Disease has long been used to exclude immigrants, until 2010 Title 42 was used to expel migrants with HIV/AIDS. Now, it is being used to discriminate against migrants of color seeking asylum at the southern border. Despite promising to end Title 42, the Biden administration used it to expel Haitian asylum seekers fleeing political unrest and a climate disaster. In a long-overdue decision, the Biden administration announced that on May 23rd they would do away with the Trump-era expulsion policy. Ending Title 42 is the right thing to do, and after nearly two years asylum seekers will finally be afforded the due process they deserve.

Governor Greg Abbott has engaged in a series of badly planned actions at the border in response to the Biden administration's decision to end Title 42. First, without properly coordinating with federal or local officials Governor Abbott has sent migrants on buses to Washington D.C.

Next, Governor Abbott ordered the Texas Department of Public Safety to increase its inspections of commercial vehicles at the southern border. Inspecting every single commercial vehicle is unfeasible and unnecessary and led to clogged commercial traffic for more than a week. Mexican truckers blocked north and southbound lanes at a key South Texas border crossing in protest of the increased inspections that have led to spoiled produce and canceled orders. Abbott ended his failed endeavor to “secure” the border through increased inspections on April 15th. It’s been reported that Abbott’s political theater has cost Texas $4.2 billion and 36,000 jobs.

But this isn’t the first time Abbott’s border initiatives have spectacularly failed. Abbott’s Operation Lone Star has abandoned over 10,000 Texas National Guardsmen to chaos. Migrants coming to the United States to seek asylum, a right guaranteed to them, is not a crisis, an invasion, or any other xenophobic term conservative lawmakers like to throw around. The real crisis is the one Governor Greg Abbott has created through his hateful, and frankly stupid border initiatives.