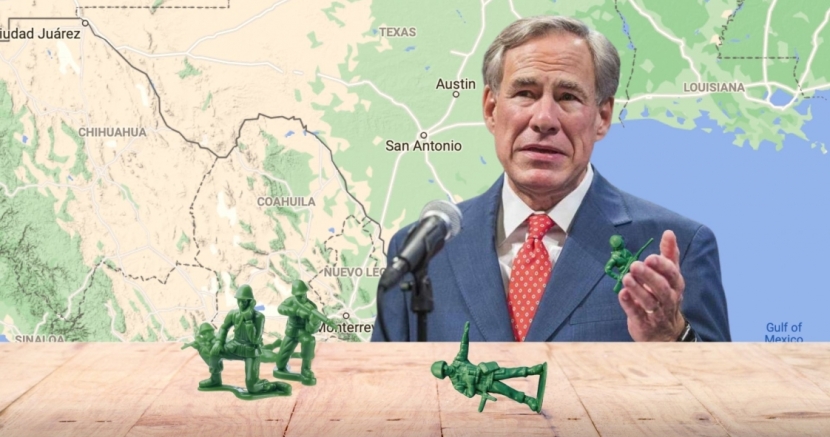 Glenn W. Smith
The Texas Guard suffered 4 suicides and has been abandoned to chaos and cruelty

There have been at least four suicides, according to the Army Times. Many are living in trailers in groups of 30 or more. There have been sanitation failures so bad that the troops are forced to use highway bar ditches as restrooms.

There is not a better symbol of what Abbott’s done to Texas than a Texas National Guard soldier forced to squat in the weeds by a highway because Abbott is so completely inept he can’t provide sanitary facilities.

In addition, there have been significant pay delays leaving the many families uncertain of their economic futures. Tuition assistance to the Texas National Guard has been slashed.

Abbott’s abandonment of our troops is unforgivable. They are suffering as movie extras in what is really no more than an extended taxpayer-funded campaign advertisement for Abbott. His “is spending something like $3 billion on what he calls “Operation Lone Star.”

The Texas Military Department hasn’t really tried to deny these failures and deprivations. They’ve just said they are to be expected. “As with any military operation, the first wave of personnel in have to operate in austere conditions with limited resources. Over time, the infrastructure follows," said Brandon Jones, spokesman for the Department.

Limited resources? $3 billion isn’t enough to provide some portable toilets to the troops and pay them on time?

Poorly defined missions are always poorly executed. We hold the Texas National Guard in high esteem and commend them for their service to Texas. But Abbott has failed them, and by failing them Abbott has failed us.

If Abbott can’t find a way to allow our troops to feel secure while using the restroom, how are we supposed to believe he’s capable of securing the border?

These aren’t just failures. They are deadly failures. Texans died because Abbott can’t do the job.