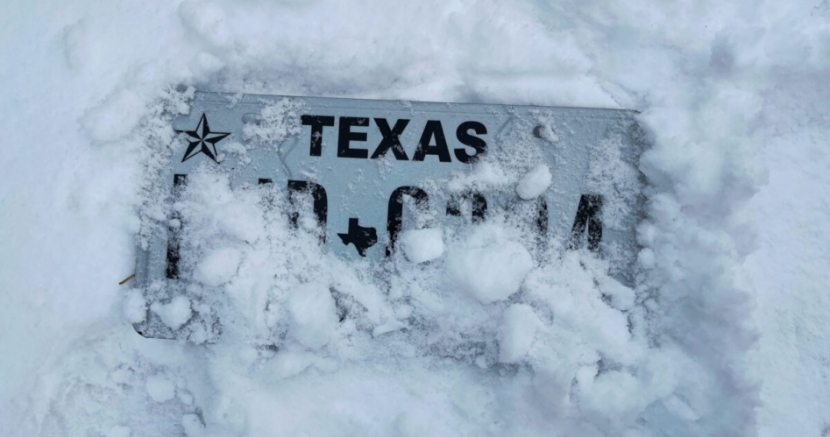 Glenn W. Smith
After nearly 700 deaths from last year’s winter storm, Gov. Abbott has yet to be held accountable.

Imagine a defendant accused of causing mass injury and death appearing in court and arguing, “Judge, I just had the opportunity to do it again and I didn’t do it. See, I’m not guilty.”

That is basically what Gov. Greg Abbott and his cronies are telling the people of Texas. They say the absence of an electric grid collapse during a recent minor winter storm should excuse them for their deadly failure a year ago. Winter Storm Uri blackouts across the state killed as many as 700 people, injured many more and left the rest paying more attention to the weather than the infection rates and death toll from COVID.

Some in the media concluded that Abbott had scored a political victory when this year’s first storm didn’t turn out to be as bad as the February 2021 storm. That’s like giving the home team the win every time a game is called on account of the weather.

Abbott did his best to claim he’d successfully steered the state through a frozen wasteland during the recent spate of un-balmy weather. He called it “one of the most significant icing events that we’ve had in the state of Texas in at least several decades.” Intrepid researchers discovered that Texans suffered far worse storms in 2010, 2003, and 1985, to name just a few. The recent mild storm did not test the electric grid.

Of course, no one was hoping for a repeat of the 2021 storm just to embarrass Abbott and other GOP leaders (some Republicans suggested as much). Still, the fact that Texans had to worry that they might once again risk losing heat, water, safe transportation, and their very lives, is enough of an indictment of those responsible for the power failures a year ago.

Maybe we should simplify Texas’ nickname to “The Lone State” instead of “The Lone Star State” in reference to its self-imposed isolation from the other national electric grids, grids which help areas in danger of losing power by giving them access to power generated in other states.

Without getting into the weeds about Texas’ regulatory schemes (and schemes, they are), it should be remembered that Texas’ electric grid failed in part because it was designed to fail. Failures of this nature allowed natural gas companies to reap billions in profits while the lucky among us shivered and worried in our darkened, freezing homes. At least we were better off than the less lucky.

On the anniversary of the 2021 power failure, Texans would be wise to take seriously our roles as judges of our political leaders. When Abbott or anyone else comes before us and claims that we should let them off the hook for harming us last time because they didn’t harm us this time, we should, as the saying goes, throw the book at them.

Abbott and his Legislature failed to do what they should have done to fix the grid in their 2021 session. Natural gas moguls like Kelcy Warren rewarded them with millions of dollars in campaign contributions for not fixing it and leaving them their future profit opportunities.

Politically speaking, it’s a cold world in Texas, whatever the weather might be.