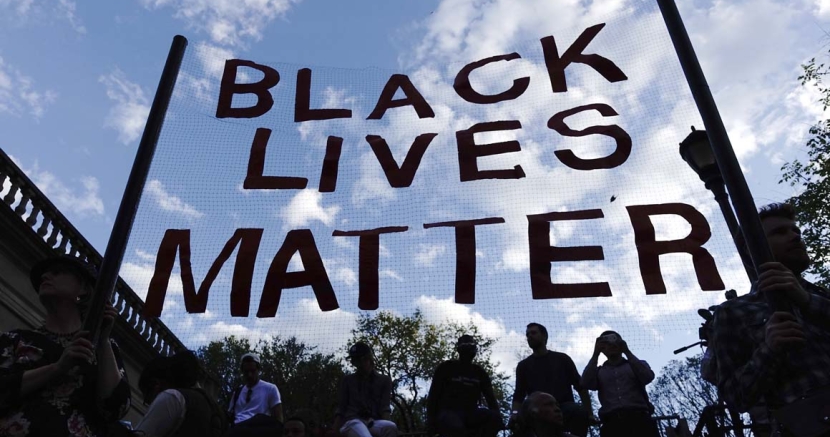 More disturbing than his hypocrisy is how his words distract from real solutions.

In a recent interview at the Texas Tribune Festival, Lt. Gov. Dan Patrick doubled down on his outrageous claim, blaming the Black Lives Matter movement for the deaths of 5 Dallas police officers in July.

Those who actually understand and identify with the Black Lives Matter (BLM) movement might brush off this remark as nothing more than one of Dan Patrick’s verbal flops. Unfortunately, as the second highest ranking statewide official in Texas, his words — despite and because of how vitriolic they are — matter.

For Patrick to blame the actions of the Dallas shooter on Black Lives Matter as a whole — a group the shooter was not even apart of —  is preposterous. But his hypocrisy isn’t the most troubling aspect of what he said.

The opinions of one individual, or even a few, do not define the opinions of an entire group — and that stands for both police officers and Black Lives Matter activists. Dan Patrick seems entirely comfortable employing the “Not All Cops,” or “Just a few bad apples,” fallacy when it comes to cases of police brutality, yet fails to use the same logic when accusing BLM for the Dallas shootings.

More disturbing than his hypocrisy, though, is the manner in which Patrick pitted two groups against each other — because of how it distracts from a solution. When dealing with the loss of human lives our focus shouldn’t be on assigning blame but on solving the crisis at hand. Patrick shows more concern for upholding ideology and pandering to his base, than fixing the mounting number of deaths of people of color.

Patrick did go on to state that he believes the long term solution to police brutality is to lift people out of poverty. He’s essentially saying to people of color, “Be smarter, act more educated, and maybe you won’t get shot,” rather than questioning why the police officers chose to shoot them in the first place.

There are real solutions out there.

In August 2015, CampaignZERO was launched as a reaction to the ongoing concerns of police brutality in communities of color. By integrating community demands and policy recommendations, CampaignZERO aims to present comprehensive solutions to end police violence in America. Their plan incorporates 10 steps, most of which are largely focused on better policing through means such as demilitarization, ending for-profit policing, and upping accountability.

The Movement for Black Lives is another campaign that proposes real-world solutions to police violence. While many of their demands overlap with CampaignZERO, they also shift the focus from better policing to more community policing. Additionally, they provide long-term goals, such as reparations, economic-justice, and an end to the prison-industrial complex-- all of which would help sustain black lives.

At the state level, ahead of next legislative session in January, House Democrats are moving forward with interim hearings on criminal justice reform. Houston Rep. Garnet Coleman announced plans to file the Sandra Bland Act, named for a black woman who died in the Waller County Jail after a traffic stop in 2015. Coleman told the Texas Observer that he considers this legislation a priority:

“There are solutions to the criminal justice issues that have come up because of Sandra Bland, and they should be on the front burner of the Legislature this coming session.”

Even on a local level, police officers are cognizant of the work that needs to be done to repair relations with people of color. As one former San Marcos police chief, Howard Williams, stated, the loss of life is not going to be combatted with education policy or even more racial sensitivity training for police officers. Instead, this issue can be fixed with more conversations about racial biases and morality. “The training is going to see to it that you do it properly ... but the training doesn’t give you that moral compass — that value set — to say, ‘Do I pull the trigger or do I not?’”, said Williams, “And that, I think, is the biggest missing piece of the puzzle that we’re dealing with right now.”

But how exactly can officers hone their moral compasses? For deputy chief of internal affairs for the Dallas Police Department, Gil Garza, this takes the form of accountability. The use of video and body cameras, Garza argues, keeps officers more aware. “They're being held accountable to what they're doing and what they're saying," said Garza "It's keeping them honest."

Take a note, Dan Patrick, these are what solutions actually look like. Instead of blaming the victims for their lack of education, look to the source of the problem, our criminal justice system. Instead of expressing misdirected hatred towards Black Lives Matter, listen to the message of equality they are fighting for. Start treating this as what it is — the loss of black lives — rather than your own political agenda.