Why Hillary Clinton Should Carry Texas 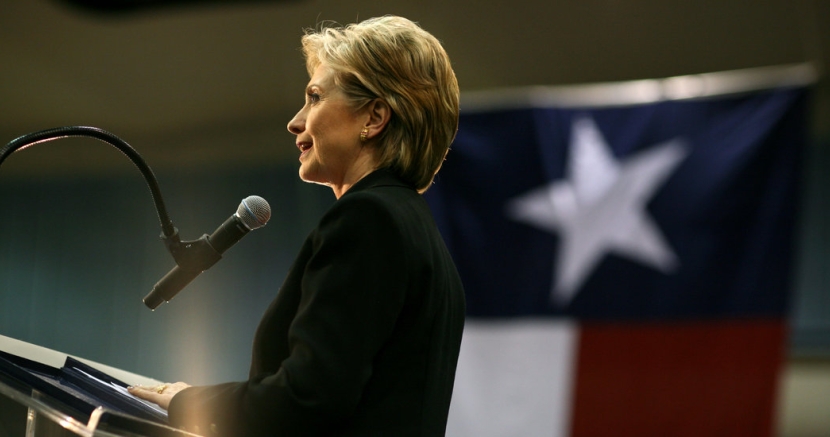 Glenn W. Smith
Yes, a Democrat should carry Texas. And we haven’t even gotten to Donald Trump yet.

Many Texans are asking a question that was unthinkable just a few months ago: Can Hillary Clinton carry Texas. The answer is: maybe. But it’s really the wrong question.

The question should be: Should Hillary Clinton win Texas? The answer to that is an unequivocal yes.

Asking “should” Clinton win isn’t meant to imply that her strengths, Donald Trump’s dangerous weaknesses and the political landscape in Texas are such that she should be considered the favorite.

It means that if Texas voters were fully aware of the damage already done to their beloved state by Republicans — and the further damage already in the works — that the Democratic presidential nominee would carry the state.

Technically, the word “should” is called a “helping verb,” and Texas could use all the help it can get. Texans should vote for Clinton because our traditional moral views demand it. We should — ought to — vote for Clinton. The future is just too dark for us if the GOP stranglehold on Texas is not broken.

Extremist Republicans — those now in charge of the Grand Old Party, especially here in Texas — have probably been set a-howling by that phrase, “traditional moral views.”

In justification, though, take just one example. The reference is to a moral view that demands access for all to an excellent public education. Most Texans agree with that, though not Gov. Greg Abbott, Lt. Gov. Dan Patrick and their followers. They are doing everything they can to dismantle public education as we know it.

The assault on public schools is in full swing. Patrick’s weird obsession with school bathrooms isn’t about transgender kids at all. It is just another attempt to damage the reputation of public schools generally.

So are GOP officials’ dark and inflammatory warnings about a statistical rise in inappropriate teacher-student relationships. There has been an increase and it needs to be addressed. Still, it’s evident that the well-being of kids isn’t what’s on the minds of GOP leaders. Just look at the state’s scandalous treatment of foster kids, the underfunding of education and continued efforts to deny many children access to health care.

Setting aside the GOP’s ongoing obsession with a variety of sex-related fears and obsessions, this latest focus is just an effort to smear public schools and then take Texans’ tax dollars and give it to political cronies in the private sector or parochial schools.

The Republican Party is to Texas what cigarette smoking is to human health. The habit of voting GOP is real, but the damage being done is, at first, invisible. As our roads deteriorate, our drinking water runs out, our schools suffer, are health care system is threatened, and our air and water are poisoned, the damage is getting hard to ignore.

Yes, a Democrat should carry Texas. And we haven’t even gotten to Donald Trump yet.

Trump has publicly bragged that his celebrity status allows him to get away with the sexual assault of women. One has to wonder, when it comes to Trump, what has happened to the sex-related fears that Abbott, Patrick and others are always going on about.

Polls show Clinton and Trump running neck and neck in Texas. Clinton is even advertising here. Texas has not been a contested state in a presidential election in a long time. At the moment, her campaign is probably testing the potential of the advertising to make a Texas victory possible. We will have to wait and see.

Clinton should win Texas, but can she win Texas? The answer to that question is at the least a good deal more ambiguous than anyone thought it would be.

If Texans vote as they should, Clinton will win. For too many years Texas voters have been ignoring the cigarette package-like warnings. Now, Donald Trump and his GOP pals here are fairly shouting the dangers into our ears. And, it’s much harder for Texans to remain in denial about the damage of decades-long GOP dominance.