When Texas legislators tell you who they are, believe them 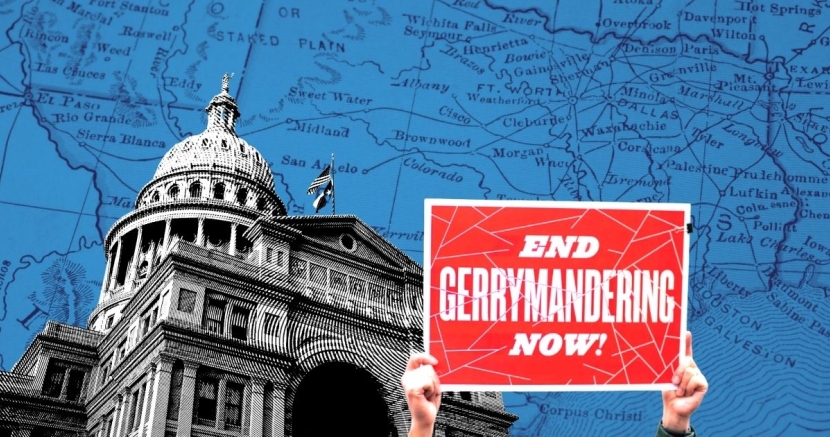 Although the Census data has not arrived and the 87th regular session of the Texas Legislature is weeks away from its conclusion, Republicans have revealed their redistricting plans.

It comes as no surprise, Texas Republicans have controlled all three branches of state government including the executive, legislative, and judicial branches since 2003. In the intervening years they have consistently attacked the voting rights of Texans and drawn maps that lock in racial and political gerrymanders, packing and cracking to protect their interests.

The Republican plan to consolidate power through disenfranchisement and gerrymandering may have begun with characters like Karl Rove and Tom DeLay in 2003, but you don’t have to untangle years of redistricting litigation or voter suppression legislation to see the plan they’ve laid out for redistricting in the fall. The 87th regular session of the Texas Legislature has provided more than enough indication on how Republican legislators will act during the process of redistricting.

The legislature has continuously found new obstacles to make it difficult for voters to cast their ballots. In fact, Governor Abbott and Lieutenant Governor Patrick identified “election integrity” as the top policy priority this session under the false pretext that our elections are not safe or secure. This is nonsense as there is no evidence of widespread voter fraud and federal and state election officials across the country certified the results of the election. As a result of these lies, the legislature introduced and will likely pass numerous anti-voter bills including HB6 and the recently passed SB7 that limit suffrage, punish voters and election workers, and embolden vigilante poll watchers to harass voters at the polls.

In the Senate and House Redistricting Committees, Republicans have tried and failed to dramatically reshape appellate courts and have hosted virtual hearings with little notice to the public and with no translation services for those who speak another language. Senate Redistricting Committee Chairwoman Joan Huffman introduced SB11, a bill that would have slashed the number of court of appeals districts in half. While she argued the bill was simply administrative in nature, it was clear it would reduce racial, political, and geographic diversity on the appellate bench. Her colleague on the House Redistricting Committee, Chairman Todd Hunter is not much better and was called out by federal judges in 2011 for racially gerrymandering districts in Nueces County, an action that would “undermine Latino voting strength.”

The actions Republicans have taken in the legislature prove that they care more about holding onto power than working in the best interests of Texans and are likely a preview of how they will act during the redistricting process.

Last week, apportionment numbers were released by the Census Bureau, and Texas will now have 38 congressional members in the U.S. House of Representatives, an increase of two seats over the past decade. According to the Legislative Study Group, “Hispanic, Black, and Asian population growth is driving the rapid population growth in Texas urban and suburban counties, while as many as 100 or more rural counties are losing population, based on 2019 census estimates.” When the final Census numbers are released later in the year, these numbers are likely to hold. That’s why it’s critical that newly drawn maps reflect the diverse communities in the state. Texans deserve an end to the practice of politicians hand-picking their voters. We deserve a congressional map that gives voters in the Lone Star State the freedom to choose their representatives.

I work for an organization called All On The Line; our mission is to achieve fair maps in Texas and across the country. We believe that our democracy is stronger when everyone is able to participate, and when voters get to choose their politicians -- not the other way around.

This month, we’re hosting a virtual training session on how Texans can participate in the redistricting process and how to submit effective written testimony to the state legislature in order to achieve fair districts.

It’s up to all of us to make sure our voices are heard in this process so that Texas can have fair maps, especially given the recent announcement from the Census Bureau that Texas will gain two congressional seats. We must ensure Texas legislators draw maps that provide fair representation for the next decade.

Genevieve Van Cleve is the Texas state director for All On The Line.