What Progressives Fought for this Legislative Session 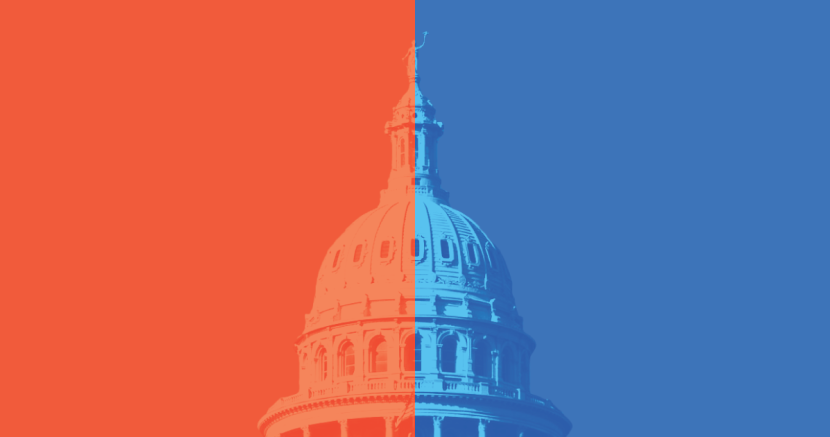 Progress Texas stood with progressive lawmakers in fighting back against intolerance under the dome during the 2017 Texas Legislative Session. And with the help of grassroots activists diligently coming out in droves to rallies and protests at the Capitol and around the state, we echoed the resistance far and wide. Also, make sure to check out "The Worst of the Worst Texas Legislative Session in Pictures, Annotated."

Republicans, emboldened by the Trump administration, focused on attacking the immigrant community, the LGBTQ community, launched a never-ending barrage of attacks on abortion rights, and upped the ante on trying to limit voting rights. Meanwhile, issues such as health care, education, and equal pay were ultimately shut out of the process.

The five-month session saw more lows than highs - a reminder as to why we need new leadership in Texas.

The legislative session has ended, but our fight for justice continues.

Jump to each section to see our work in various issue areas:

Conservative extremists on the Right filed A TON of anti-abortion bills — 39 to be exact. That’s more restrictions on top of the mountain of barriers already on the books. Democrats in the legislature did not shy away from calling out GOP lawmakers on their rhetoric as they pushed through their baseless and dangerous anti-abortion agenda. We joined women’s health advocacy organizations and supporters in voicing strong opposition to let Republicans know they will face resistance against these unconstitutional bills all the way to the Supreme Court - a familiar place for anti-abortion legislators.

Here are some of the highlights from the fight for reproductive freedom:

Republicans attacked the fabric of Texas, filing and passing anti-immigrant bills and amendments including the “papers please” bill - Senate Bill 4. But they faced resistance from Texans and progressive legislators fighting for respect and protection for ALL Texans in and out of the Capitol. The resistance took form as a 16-hour public hearing on SB 4, rallies and protests around the state, and impassioned speeches from Democratic legislators. Local leaders from across the state even kicked off a “Summer of Resistance” promising to continue the fight after the legislative session ended.

Here are some highlights from the fight for Texas immigrants and their families:

Apparently, Republicans still have not received the message of fairness and equality for all Texans. GOP lawmakers launched additional attacks on the LGBTQ community this session. Republicans, led by Lt. Gov. Dan Patrick, attacked the transgender community with a so-called “bathroom bill.” The bill, SB 6, was among additional efforts to make discrimination the law through religious refusal allowances. Progressive Legislators pulled back the veil on the thinly-disguised discriminatory legislation.

Here are some of the highlights of the fight for LGBTQ equality:

Progressive legislators continued to fight for fair and equal wages for hardworking Texans this session. Advocates testified on the importance of access to state courts in instances of wage discrimination...yes, in 2017 we are still fighting for equal pay.

Here are some of the highlights from the fight for fair and equal wages:

The Sandra Bland Act was a comprehensive effort for much-needed criminal justice reform in Texas. Legislators and advocacy organizations fought to ensure that what happened to Sandra Bland wouldn’t happen to anyone else.

“Intentionally discriminatory.” This is the phrase that numerous courts used in ruling against the state’s voter ID law and redistricting maps. On voter ID, both opponents of the law and the courts state that the law limits poll access for communities of color. The 2017 revised bill allows exceptions for people who say they cannot reasonably obtain one of the forms of ID that Republicans have deemed acceptable - but adds a criminal penalty for someone who falsely states they need to choose from an expanded list. Gun licenses are ok, but student ID’s are not.

Redistricting, which has been in court since the first maps were drawn in 2011, saw no movement and is due back in court this July. But the legislature has already proven that it cannot draw fair maps, which is why we’ve called for an independent commission.

Apart from its Republican-earned reputation of discrimination, this session will also be known for its loud and clear message of who will be on the right side of history. The resistance is strong and will continue to bring the heat to anyone who wants to spread hate in our state.