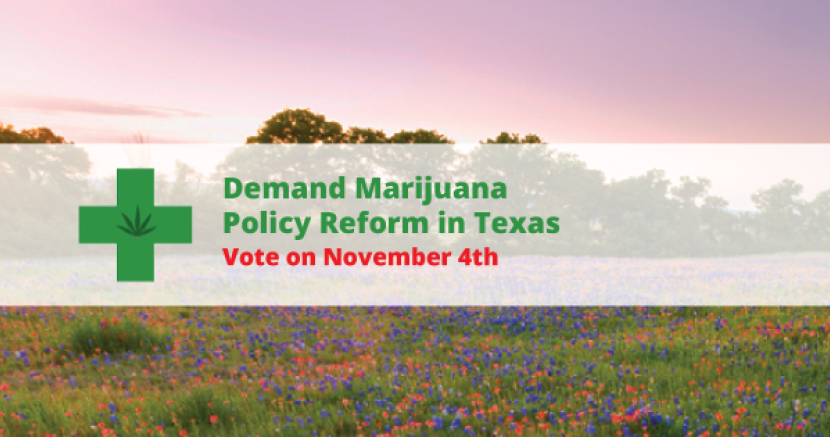 This election season, let’s be honest about marijuana policy reform in Texas.

We know that marijuana is common. There have been thousands of studies on the subject. It is used by people of all backgrounds for medical purposes. It can be a taxable product that brings in overwhelming revenue.

And it’s gaining popular support: polling shows that more than 60% of Texans favor laws that reduce possession laws from criminal offenses to civil offenses (which is commonly referred to as “decriminalization”), while 58% support medical marijuana laws in Texas.

Yet the subject scares some politicians. They still find it hard to believe that we finally live in age where people are coming around on this issue. But we know it, you know it, and it’s likely that nearly everyone you talk to knows it.

The fear some politicians have is causing us to deny cancer patients the use of helpful medicine. And our tax dollars are being used to overcrowd prisons with non-violent offenders who are doing hard time for petty crimes - such as carrying a joint.

The only way we can affect change is by voting.

The last day to vote is Tuesday, November 4, and your vote can make a difference.

Politicians on both sides of the aisle have come out either in favor of medical marijuana or decriminalization.

Wendy Davis, the Democratic nominee for Governor, supports reforming existing laws, as she told the Houston Chronicle earlier this year:

"The imprisonment of people with two ounces or less of marijuana is probably not where we want to focus our criminal justice resources and efforts," Davis said. "I think that is something we should consider."

"As governor, I have begun to implement policies that start us toward a decriminalization” by introducing alternative “drug courts” that provide treatment and softer penalties for minor offenses, Perry said during an international panel on drug legalization at the World Economic Forum in Davos, Switzerland.

Attorney General Greg Abbott, however, opposes any drug reform laws, according to the San Antonio Express-News:

“Legalizing drugs would encourage drug use, which affects every sector of society, straining our economy, our health care and criminal justice systems, and endangering the lives of future generations,” a spokesman for Abbott said last month.

Abbott is the only one promoting a narrative that goes against public opinion, and against the facts many studies have already found.

It’s statements like these that demonstrate that marijuana policy reform is always on the ballot. Now that you know where the candidates and party leaders stand, you can make an informed decision.