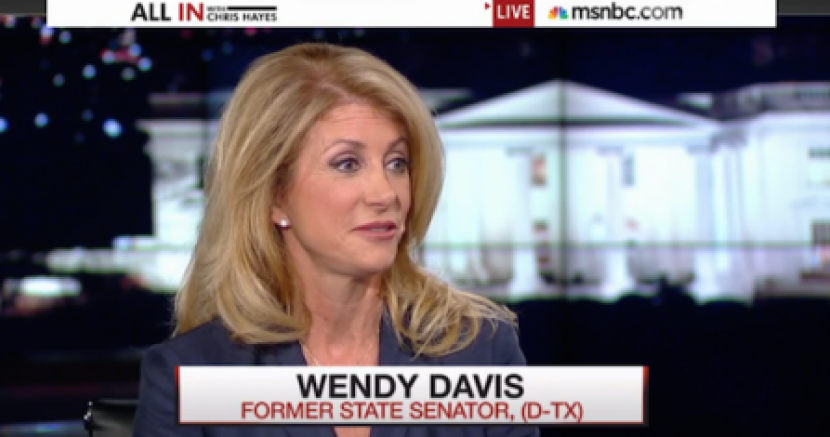 Wendy Davis appeared on MSNBC’s All in with Chris Hayes to respond to the GOP's current line of political attacks on women, including GOP Presidential hopeful Jeb Bush’s indefensible comments on publicly shaming unwed mothers. Davis, a single mother who was also raised by a single mother, criticized Bush for “a complete lack of understanding about the challenges” that women face.

This perspective puts women in a no win situation: They aren’t to be appropriately educated on sex. They are held to a standard that says that they ought not to terminate an unplanned pregnancy. And then they are condemned if they carry a pregnancy to term, as though they ought to be shamed for having done something that on the Republican side, at least, they've certainly been pressured to do.”