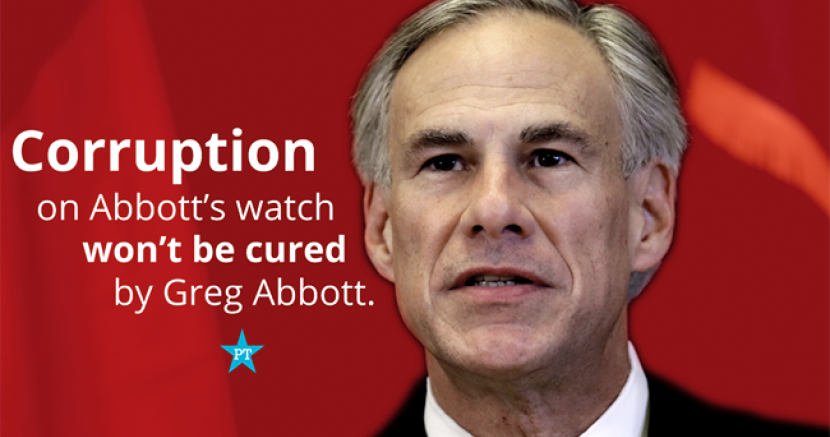 Wendy Davis launched a new statewide TV ad over the weekend, slamming Greg Abbott for looking the other way while millions in state dollars intended for cancer research were sent to his donors.

We've written extensively about the cancer fund scandal. From our May post, "Cancer Funds Funneled to Abbott Donors" -

The Cancer Prevention and Research Institute of Texas (CPRIT) was supposed to provide funding for cancer research. But soon after its implementation, the multi-billion dollar entity was awarding grants to donors of Rick Perry and Greg Abbott without the proper review. Scientists resigned in protest, and an investigation into the activities of the fund has since resulted in a felony indictment.

Greg Abbott, as the state's Attorney General, was tasked with serving as a watchdog for this cancer research fund. But he never attended a board meeting - and took no action when cancer research dollars were funneled to his donors.

As the Houston Chronicle notes, the ad comes out as CPRIT is back in the news, following Perry's indictment. Perry's legal team made cheap excuses to divert attention from the cancer research fund scandal, but their affidavit about nothing didn't take.

Now Abbott is left to defend it all alone.