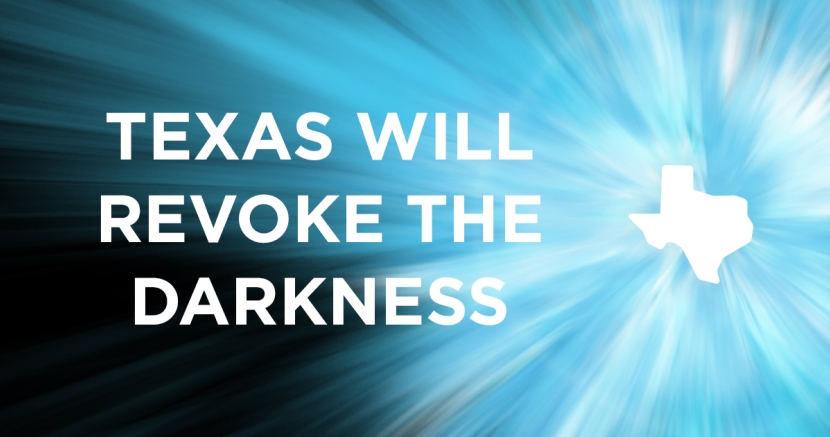 We will repudiate the darkness in 2018

Some conservatives are fine Putin’s subversion of our democracy as long as it serves their own power, but most Texans and Americans will repudiate the darkness in 2018.

The Atlantic reports that some Donald Trump supporters and conservative pundits are saying out loud that they are fine with the intervention of Russian President Vladimir Putin in the 2016 election.

Hillary Clinton “is a greater threat to our Republic” than Putin, the magazine quoted one Trump supporter saying. It also cited is Jacob Wohl, a Trumpist with a large Twitter following: “If Russia assists MAGA candidates on the internet in this year’s midterms, that’s not the end of the world,” Wohl said.

The magazine admits its evidence is anecdotal. But those of us who pay must pay attention to public opinion don’t find it a stretch. The evidence of Putin’s subversion of the 2016 election is overwhelming and is confirmed by our nation’s intelligence community. It’s also made plain by criminal indictments against senior Russian military intelligence officers.

How could even one American be okay with this? Lord Acton would put it off to the intoxication of power. “Power tends to corrupt. Absolute power corrupts absolutely,” he said. In this case, it’s not just Trump’s power, it’s the felt power of his supporters. They have let their feelings of power corrupt their attitudes toward others.

If the polls are correct, Trump’s corruption is applauded by his followers. Steal what you want, subvert democracy as you see fit, so long as you punish those inferior humans that limit our own will to power and make democracy an irritating bother.

We already know there are plenty of conservative voters willing to disenfranchise their neighbors and fellow citizens on behalf of their own power and acquisitiveness. That’s what’s behind all the voter suppression efforts. Barriers to fair representation include burdensome voter ID laws and redistricting schemes in which those in power pick their voters rather than allowing voters to pick those they’d like in power.

Racial hatred, which has always bubbled below the surface, is now public and driving reactionary and apartheid-like lawmaking. The president of the United States won’t criticize white supremacists and Nazis. His Secretary of Homeland Security, Kirstjen Nielsen, just this week endorsed Trump’s contemptible view.

Meanwhile, Texas’ Republican leadership – Gov. Greg Abbott, Lt. Gov. Dan Patrick, Attorney General Ken Paxton and others – continue to stand with Trump. Their actions, and their silence about Trump, stoke the fires of racial hatred here at home. We haven’t heard a whisper from them about Vladimir Putin.

Abbott and company are quite comfy in their little state jobs. Their partisan club is in charge. Don’t rock the boat. Besides, hurting the people they find unfit for their country clubs anyway is no big deal. The taking of children from their parents at the border? Yeah, but are they fully human children? Their foreign. That’s what’s said by the silence of cowardly Trump sycophants like U.S. Sens. Ted Cruz and John Cornyn.

But, here’s the thing. Above I said, “if the polls are correct.” I have more faith in our fellow Texans and Americans than the polls seem to allow. I’m not arguing that the polls are rigged or suffering from bad methodologies. I’m wondering whether the true feelings of the so-called “Trump base” are reflected in current polls that show his support holding steady.

The party of a president’s first midterm election usually suffers significant losses. Think of Ronald Reagan in 1982. Democrats swept the Texas statewide offices that year. That’s how bad it was for Reagan’s team. Think of Bill Clinton in 1994. It was a national Republican sweep that dusted Gov. Ann Richards out the door. Think of Barack Obama in 2010.

George W. Bush proved to be an exception in 2002, but that was an anomaly due to 9/11. Still, in a delayed reaction, so to speak, he dropped 10 full points in the 2004 election among the moderate voters of West Austin.

I think the polls reflect a certain public timidity among some conservative voters. It is very human to avoid the exile from one’s in-group by hiding certain thoughts and feelings. Why risk alienation when you don’t have to?

I think analysts, pundits and Republican officeholders depending on the Trump “base” to hold them up are underestimating the basic goodness that rests in the hearts of most Americans. The 2018 elections have come down to a referendum on hate. It’s hate and fear that Trump revels in, and I think Texans and Americans will repudiate the darkness.