We the People (of Texas): 100 years after the 19th amendment, Texas women of color are harnessing their political power 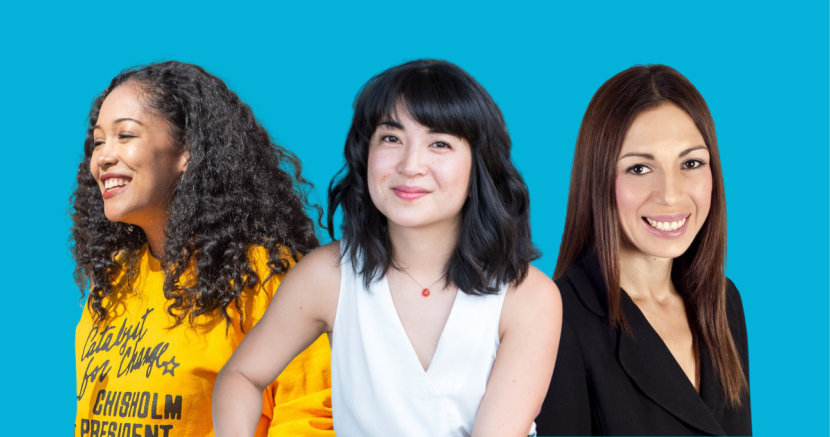 The voting power of women — particular women of color — plays a major role in determining if we can turn Texas blue.

This piece is part of our We the People (of Texas) series during the 2020 Election season.

This year marks the 100th anniversary of the 19th amendment — the largest expansion of the franchise in the country’s history — and a milestone recognized by many as a victory for women and their right to vote. But this victory was only secured for a certain group: white women.

As is often the case throughout history, women of color were largely left out of the women’s suffrage movement during the late 1800s and the early 20th century. The greats we often give praise to, like Susan B. Anthony and Elizabeth Cady Stanton, prioritized white women’s suffrage over voting rights of all women — showing how the women's suffrage movement was tainted with racism, even by its most celebrated leaders. But as we look at the state of women’s suffrage 100 years later, it’s clear that women have achieved the right to vote — but having the right to something doesn’t hold the same power if certain people don’t have access to it.

“In reality, Black women and many other women of color were excluded from the protections of the 19th amendment, and racially discriminatory voting restrictions weren’t outlawed until the passage of the Voting Rights Act of 1965,” said Royce Brooks, executive director of Annie’s List. “The centennial reminds us of the continuing fight for voting access and fair representation.”

In honor of the 100th anniversary of the 19th amendment, we spoke with women of color leaders in Texas about what this anniversary means to them at a time when the country is experiencing a movement (and an election) unlike anything we’ve seen before.

“As part of this big anniversary, I've been encouraged by the fact that more people are lifting up the activists of color who were instrumental in early suffrage movements, but we can't just stop there,” said Ashley Cheng, co-founder of Rouser and co-host of The Rabble podcast.

Earlier this year, Cheng wrote a powerful op-ed in The Austin Chronicle about the local history in Austin showing how complicit many of the White suffragettes were to this disenfranchisement of others, by using anti-immigrant and racist rhetoric to fuel their fight for full citizenship and voting rights. While this white supremacy helped white women achieve their right to vote in 1920, it’s white supremacy that kept women of color and other marginalized folks from accessing the polls for decades after the 19th amendment.

From poll taxes and literacy tests to denying citizenship, the effects of white supremacy on voting for women of color have remained a constant even to this day. Brooks said that during the 2019 legislative session, the Texas legislature considered proposals that would restrict voting access, criminalize simple voter registration mistakes, and punish some common voting practices, like giving people rides to the polls.

“This ongoing effort to keep Texans from voting exists on top of laws that already restrict who can help people register to vote, what kinds of IDs are acceptable, and more,” Brooks said. “These laws are known to have a particular impact on women and people of color, and many of these laws were passed with a discriminatory intent.”

As a leader in voting efforts in Texas for the last 15 years, Yvonne Gutierrez, head of community engagement at Supermajority, agrees — Texas has been ground zero for voter suppression for years.

“Our state is heavily gerrymandered, we have outright discriminatory voter ID laws and highly restrictive voter registration laws all designed to prevent Black and brown voters from voting so that white Republican lawmakers can stay in control,” said Gutierrez. “They know people of color, especially Latinos, are the rising electorate and they have and will continue to do everything they can to prevent us from voting.”

While the relationship between the women’s suffrage movement and its white supremacy has been at the forefront of many women of color activists, Cheng still remains inspired by the resilience and drive of many of these historical WOC activists who fought for suffrage, even though most never benefited themselves in their own lifetimes.

“It's such a reminder to keep at it,” Cheng said. “There's power and comfort in knowing that we're building off their work, and generations to come will keep building on ours. When it comes to gaining real, equitable access to voting but also to dismantling our systems of White supremacy, it's obviously a process that won't be resolved in one election cycle.”

As the heat of the presidential election turns up, there are a lot of conversations happening about how women will show up to the ballot box.

And in a place like Texas, a key battleground state, the voting power of women — particularly women of color — plays a major role in determining if we can turn Texas blue.

Gutierrez said that Black and Latina women have the potential to decide the election in Texas — and as leaders of their families, women play an important role in getting their entire families out to vote.

“Women also know that addressing racism and inequality is critical. We deserve leaders who immediately address our needs, especially Black and brown women who are too often left out or left behind,” Gutierrez said. “Our Black and brown communities are losing our livelihoods, our lives, and our homes. We are struggling to survive in unprecedented and unacceptable ways. This is truly the most important election of our lifetime and I am proud that Black women and women of color are the deciding factor.”

There’s no doubt that women of color have been instrumental in past and present voting work — and we must continue to honor their legacy and where they’ve gotten us to this day.

“We stand on their shoulders. We can't stand down or sit out - we owe it to them and to ourselves.” Gutierrez said.

Sydney Greene is a digital content creator and freelance journalist based in Austin. When she's not managing social media platforms and digital campaigns, Sydney writes about gender, culture, and politics, where her writing has been featured in a variety of publications including Texas Monthly, The Austin Chronicle, Teen Vogue, USA Today, and more.