We have failed to live King’s dream for us 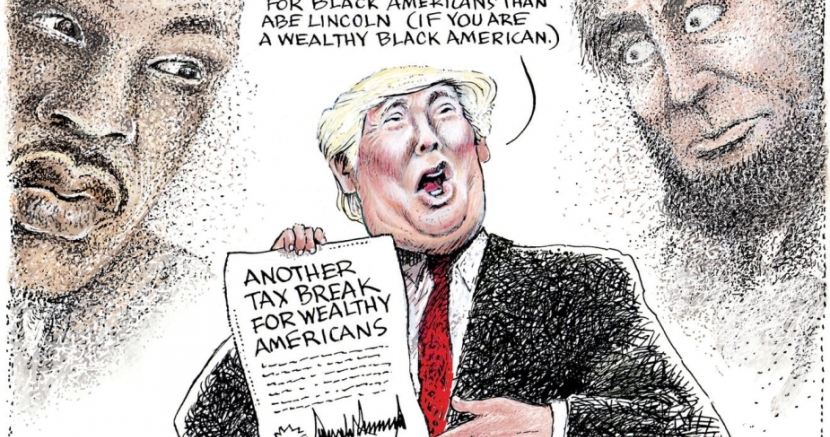 King faced that fact. So should we.

It’s been more than 57 years since the Rev. Dr. Martin Luther King, Jr. delivered his “I Have a Dream” speech heralding the coming of racial and economic equality in America.

Time doesn’t fly in dream time. When we look today to see how much closer we are to King’s1963 dream, it seems that time has hardly moved at all.

Here is what King said:

“I have a dream that one day this nation will rise up and live out the true meaning of its creed: We hold these truths to be self-evident, that all men are created equal.’

As historic as they are, the U.S. Senate special election victories of the Rev. Raphael Warnockand Jon Ossoff in Georgia are not the product of such a reconciliation. They won with extraordinary efforts by their campaigns and supporters, not compromise with a right-wing that seems to prefer battlements to brotherhood.

Trump is fond of boasting, “I have done more for Black Americans than anybody, except for the possible exception of Abraham Lincoln.” It’s a lie with the ring of a slaveowner’s claim: “My slaves are happier than ever.”

Many recent studies confirm the rise of social and income inequality in America. For instance, last year the Council on Foreign Relations reported, “Income and wealth inequality is higher in the United States than in almost any other developed country, and it is rising. There are large wealth and income gaps across racial groups, which many experts attribute to the country's legacy of slavery and racist economic policies.”

The economic and political policies that promote inequality are intentional. Wages are kept low by lawmakers. Texas leaders keep the same minimum wage set by the federal government $7.25 an hour. Health care remains out of the reach of many. About 18% of Texans are uninsured. The upward redistribution of wealth through multiple tax cuts for the wealthy would make the Sheriff of Nottingham blush.

King was much influenced by 20th-century theologian Paul Tillich, who wrote that the “riddle of inequality” may not be solvable. Tillich said in a 1958 sermon that inequality is “one of the deepest and most tormenting problems of life” and added, “we cannot permit ourselves to be so shallow or foolish as to try to escape into a social dreamland…we must face the riddle of inequality today.”

King was too much of a realist to believe in any dreamland, however energizing his Dream. Inequality, he knew, was produced by humans making all-too-human decisions that continually reward the wealthy at the expense of the poor.

Tillich was right when he said that when we recognize our shared humanity, “something happens to us” which changes how we feel about inequality. “The fact that others do not have changes the character of our having.” King faced that fact. So should we.