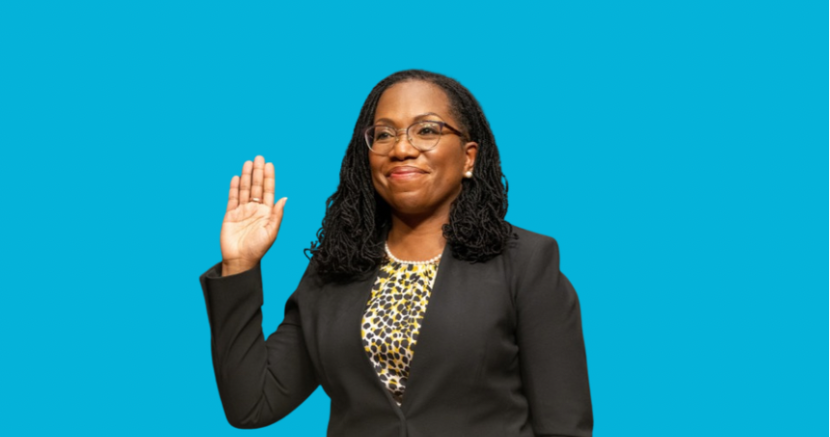 Judge Ketanji Brown Jackson has expertly fielded questions from the Senate Judiciary Committee during the first three days of her confirmation hearing. Today, she will take a well-deserved break while the hearing continues with outside testimony.

Judge Jackson delivered moving opening remarks in which she thanked her family and friends and recalled her early introduction to the legal field by her father. “He had his stack of law books on the kitchen table while I sat across from him with my stack of coloring books,” Jackson said.

"I stand on the shoulders of many who have come before me, including Judge Constance Baker Motley, who was the first African American woman to be appointed to the federal bench and with whom I share a birthday. And like Judge Motley, I have dedicated my career to ensuring that the words engraved on the front of the Supreme Court building — "Equal Justice Under Law" — are a reality and not just an ideal.”

Judge Jackson emphasizes the historical commitment of Black jurists and lawyers, like Judge Motley and Justice Marshall, to equal justice under the law. Judge Jackson will bring immense professional experience and personal insight to the Supreme Court bench, and most people seem to understand this. Fifty-eight percent of Americans say the Senate should vote in favor of Jackson serving on the Supreme Court.

Judge Jackson heads out of her hearing having only further impressed the American people, but Texas Senators Ted Cruz and John Cornyn cannot say the same for themselves after a series of ridiculous questions.

Senator John Cornyn put his homophobia on full display when he argued with Judge Jackson that the legalization of same-sex marriage curtails the religious freedom of others. Cornyn wondered, “doesn’t that necessarily create a conflict between what people may believe is a matter of their religious doctrine or faith and what the federal government says is the law of the land?”

This line of questioning is an obvious attempt to attack rights afforded by substantive due process (abortion, interracial marriage, same-sex marriage, contraception and more). Judge Jackson responded dryly,  “Well, Senator, that is the nature of a right, that when there is a right, it means that there are limitations on regulation, even if people are regulating pursuant to their sincerely held religious beliefs.” It seems the Senator from Texas simply needed to think back to the basics of his law school education.

Senator Ted Cruz elected to question Judge Jackson on critical race theory, asking her if she thought babies were racist while discussing the book Antiracist Baby. Judge Jackson first reminded the senator that critical race theory is not taught in K-12 schools, and then stated that the books don’t come up in her work as a judge. Cruz’s performative line of questioning backfired and book sales increased for Antiracist Baby by Ibram X. Kendi and The End of Policing by Alex Vitale.

Cruz also participated in the bad-faith smear attacks on Judge Jackson’s sentencing history in child pornography cases. These attacks against Judge Jackson’s character and moral standing are extremely offensive. Not only are Senators Cruz, Hawley and the others trivializing victims of said crimes by using them as political props, but they are insinuating that Judge Jackson, a mother of two, is somehow supportive of sex offenders. Cruz’s line of questioning was intentionally misleading and Cruz himself has voted for previous judicial nominees who ruled the same way as Judge Jackson on similar cases.

It’s infuriating that Judge Jackson had to politely answer questions that aim to paint her as incompetent and immoral, and that only focus on a small part of her expansive case load. She is an eminently-qualified human being and she deserves to be treated like one.

Senator Cory Booker, in an emotional exchange with Judge Jackson, said it best “I see my ancestors, and yours, and nobody’s going to steal that joy. You have earned this spot. You are worthy.”