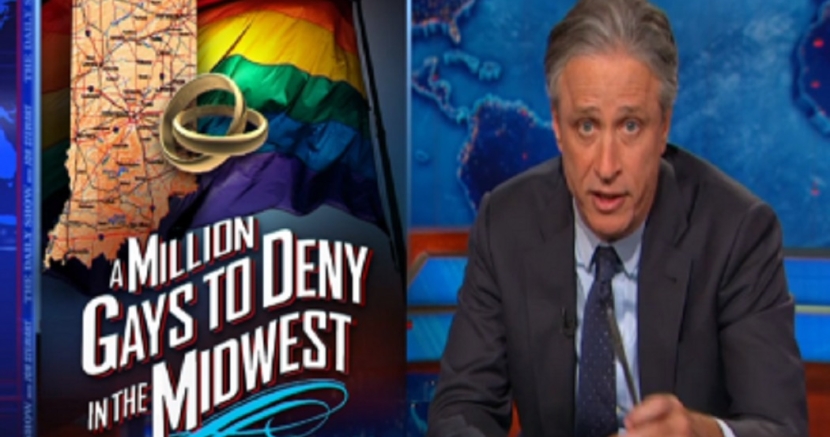 Indiana, which recently signed into law discriminatory Religious Freedom legislation, was taken to task by Jon Stewart this week, as the Daily Show host laid out exactly what happens when these types of bills are passed.

Texas, too, has similar legislation up to be heard this session. Senator Donna Campbell’s SJR 10 is similar if not more vague than Indiana’s radically discriminatory bill and would even allow individuals and institutions to use religion to fire or turn away LGBT Texans. SJR 10 would inevitably harm women, children and Texans of all faiths. And there is every reason to believe that if Texas lawmakers were to pass such a measure, the same resoundingly negative outcry and costly economic impact would ensue.

As of now, nearly 8,000 Texans have signed our petition to tell Texas legislators that discrimination is not welcome in our state. Join us in supporting every Texans right to be treated equally, and tell lawmakers where you stand.