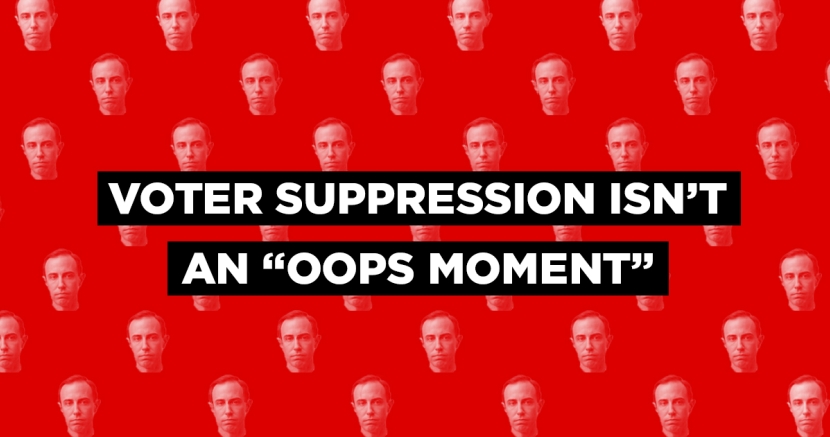 The Dallas Morning News recently profiled the voter suppression ring leader, David Whitley, and Progress Texas’ own Glenn W. Smith provided a strong push back from Texas Republicans’ claims that this voter roll purge is some sort of accident.

Glenn Smith of the left-leaning group Progress Texas, which is actively opposing Whitley's nomination, challenged the notion that the state had what a federal judge this week called an "oops moment" when it incorrectly included on the list at least 25,000 people who had proved citizenship.

"Voter purgers want to start with the biggest list possible," he said. In Florida, Georgia and North Carolina, election officials sought "the largest possible list" because they knew more people would be scared by the written notices or fail to respond within 30 days, Smith said.

The voter suppression efforts being perpetuated by Texas Republicans are part of a national and coordinated effort to keep people of color from voting. We must be vigilant in the protection of our rights, and outspoken in our support for fixes that make our elections more free and fair.

Republican claims of voter fraud are just plain not true, and no lie can live forever. One of the most critical parts of our work here at Progress Texas is to call out these lies and hold accountable those who perpetrate them.

Join our fight and tell your Senators to vote NO on Whitley and YES for voting rights!