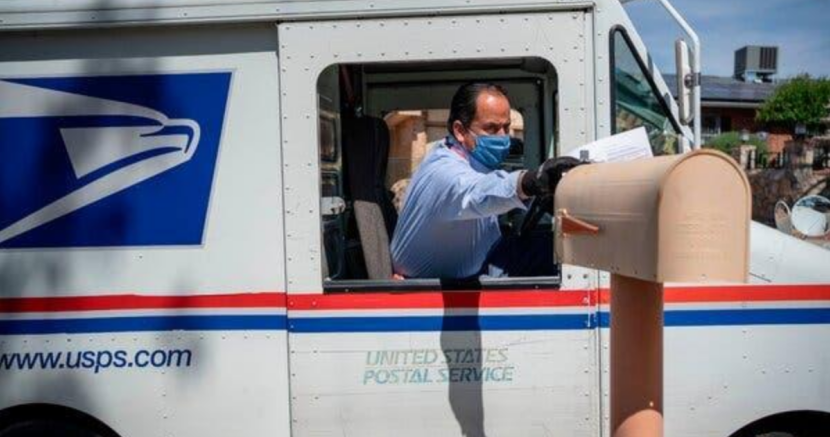 As vote-by-mail expands, lawmakers must ensure the U.S. Postal Service is fully funded

Paul Ratje/Agence France-Presse — Getty Images
Americans also rely on the USPS for the delivery of everything from prescription drugs to household necessities and paychecks.

At a time when more Americans are relying on the U.S. Postal Service for deliveries of supplies while staying home during a global pandemic, Donald Trump and his postmaster general are trying to dismantle the agency.

We often take the Postal Service for granted. It’s been around for all of our lifetimes, and it’s easy to think that will always be the case. The USPS has overcome crises for more than two and a half centuries—and emerged as the nation’s most trusted institution. But even so, the extent of its importance is often overlooked.

Besides mail-in ballots, which have been getting a lot of attention because of the upcoming election, Americans also rely on the USPS for the delivery of everything from prescription drugs to household necessities and paychecks. Destroying the USPS doesn’t just hurt the election process (which is already bad enough), it also dismantles an entire system that Americans depend on to go about their daily lives. And the most frustrating thing about it is that destroying the USPS would create enormous problems where none had to exist.

It’s clear that Trump is attempting to undermine the USPS to cast doubt on mail-in ballots. This is just another tactic in his war against absentee voting and Republicans’ longstanding efforts to suppress voters. But in going after the USPS, Republicans are also throwing a number of other important duties performed by the USPS under the bus.

To top it off, the USPS is one of the nation’s largest employers, and postal workers are bearing the brunt of these attacks. Vice recently reported that the USPS will reduce post-office hours to save money due to new policies that came about under the leadership of Postmaster General Louis DeJoy, a longtime Donald Trump supporter. At a time when tens of millions of Americans have lost their jobs, Trump and his Republican enablers are just contributing to the economic turmoil and job insecurity that they created with their continued attacks against the agency.

Union leaders have said that new postal policies are also slowing service and could affect mail-in voting in the general election.

There’s a solution, but it requires those in power to act.

The USPS and mail-in voting should not be partisan issues. This is a question of democracy and whether our country is conducting free and fair elections.

In order to protect our elections and the USPS, we need Congress to act. Congress must appropriate coronavirus emergency funds for the Postal Service, which is crucial for postal workers to continue doing their jobs and ensuring vote by mail ballots are handled properly.

Call your representatives and senators and demand that Congress provide emergency funding for the USPS. Our votes depend on it.