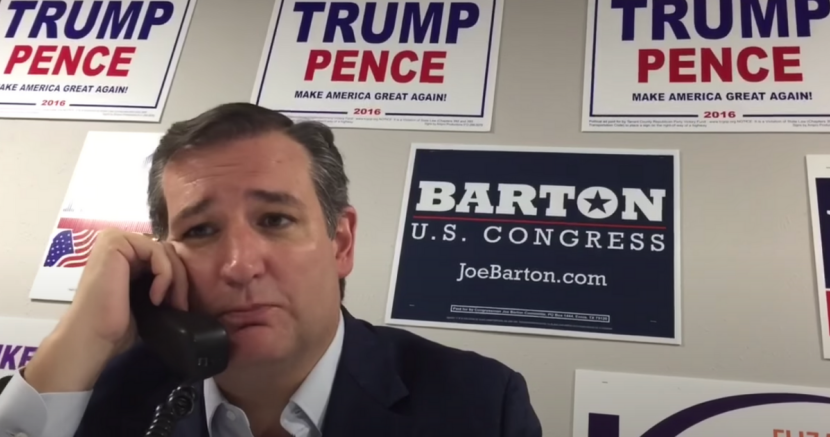 It’s the start of a new year, and Ted Cruz couldn’t go two days without trying to overthrow the democratic will of the American people.

Along with 11 other senators, dubbed the “Sedition Caucus,” Cruz is leading the charge to hand the 2020 election to the loser, Donald Trump. The Sedition Caucus is supporting the creation of an Election Commission, which would investigate baseless allegations of voter fraud. They’ve also pledged not to vote to certify Joe Biden’s electors, turning a routine legal procedure into a drawn-out partisan controversy.

The whole affair is a massive waste of time, built on unsubstantiated claims, flat-out lies, and challenges that have been rejected in court more than 60 times. One of the most notable times a Senator refused to confirm an elector was the election of 1876, which Cruz has repeatedly cited as precedent for his asinine battle. Yet unsurprisingly for Ted Cruz, legal scholars and historians have come forward to condemn his faulty logic calling it “historically misleading” since, unlike in 1876, all 50 states certified one slate of electoral voters. Also, the 1887 Electoral Count Act, passed based on the 1876 election controversy, minimizes congressional involvement in election disputes instead placing primary responsibility on the state. Even Cruz’s own example contradicts what he’s trying to do.

Cruz is basing his reasoning on “unprecedented allegations of voter fraud.” But Cruz willfully ignores the fact that there is no evidence for election fraud claims anywhere in the U.S. The “allegations” Cruz is using as his excuse for this scheme originated with the very same people who are now trying to reject the votes. They started the conspiracy theories and are now saying they have to act on them because they exist.

It also bears highlighting that Cruz is defending a president who conspired to commit one of the largest cases of voter fraud ever seen in the country by pressuring Georgia’s secretary of state to invent 11,780 Trump votes.

Cruz’s antics are so ridiculous and unlikely to succeed, and some of his fellow Republican senators are turning on him. And when Lindsay Graham becomes a voice of reason, you know you’re doing something wrong.

Proposing a commission at this late date – which has zero chance of becoming reality – is not effectively fighting for President Trump.

It appears to be more of a political dodge than an effective remedy. https://t.co/4bIT1J36cL

The Sedition Caucus is going to fail, and Cruz’s refusal to confirm Biden’s electors is a waste of time when the Senate could be working to help Americans out of the pandemic. But Cruz is known for wasting everyone’s time — remember when he read Green Eggs and Ham on the Senate floor so he could stop Texans from getting healthcare? At least Green Eggs and Ham has some value.

So what happened? Why is Cruz wasting everyone’s time with his Sedition Caucus? We all know that Cruz has higher political ambitions, and it’s clear that his behavior is to gain support with the pro-Trump base that has taken over the GOP. We’re in the middle of a pandemic, but Cruz has decided that pandering to the far-right is more important than protecting Texans.

In response to Cruz’s ridiculousness, Mitt Romney recently asked, “Has ambition so eclipsed principle?” To that we ask, “Have you been paying attention to Ted Cruz’s entire career?”

If Cruz advocated for Texans with the same energy that he advocates for Trump, our state would be in a much better place. Instead, we’re stuck with a Sedition Senator who cares more about his political future than our actual future.

Ted Cruz may want to throw away democracy, but he’ll see the full power of it when we vote him out in 2024.

If you’re a human against Ted Cruz, check out some of our merch!