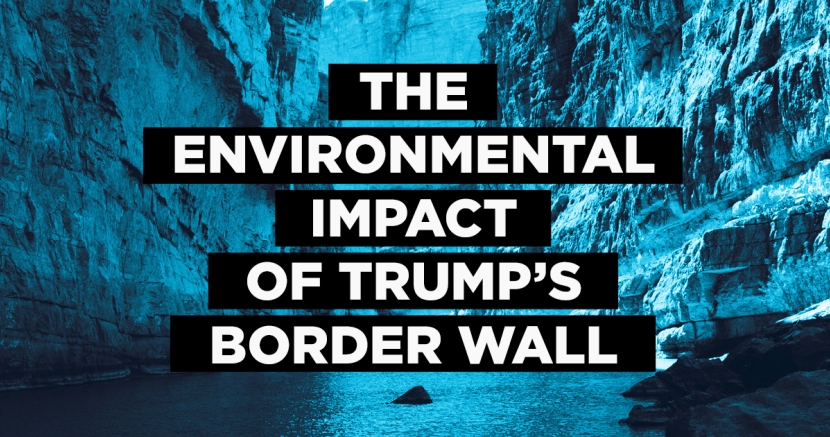 Charlie Bonner
The American taxpayer is going to foot the bill for a $15 billion environmental wrecking ball.

During an early morning drive through the National Butterfly Center, Executive Director Marianna Trevino-Wright was stopped in her tracks by something unusual—federal contractors with chainsaws. The Center sits on Texas’ southern border and overnight, it had become ground zero of Trump's proposed border wall. Without an act of Congress nor notification of affected communities, contractors had begun clear cutting land for Trump’s destructive wall.

Sadly, they are not alone.

The U.S. Southern border region is home to the most economically vibrant, diverse, and safest areas of the country, home to about 15 million people who aspire to enjoy life in a safe and prosperous environment.

Federally protected lands such as the Santa Ana Wildlife Refuge and Big Bend National Park sit squarely within the Trump Administration’s path of unnecessary destruction, the effects of which will be disastrous. Combined, they protect more than 2,000 unique species of plants and wildlife, each of which is put in danger as construction begins.

The American taxpayer is about to foot the bill for a $15 billion environmental wrecking ball through Texas' public lands.

For generations, laws such as the National Environmental Policy Act, the Endangered Species Act, and the Clean Water Act have kept our families healthy and local communities intact. Trump is blatantly disregarding these laws put in place to protect the quality of our lands and communities

The nearly 2,000 miles that comprise our southern border are comprised of grasslands, mountains, rivers, marshes, and deserts that create one of the most diverse ecosystems in the world. As climate change continues to become one of our generation’s most pressing issues, a wall will prevent species from adapting to rising temperatures and extreme weather patterns.

This is not to mention the disastrous impact a wall would have on the iconic rivers that define south Texas. Any form of a wall would change the flow of these rivers and streams, decimating the water quality along the way.

It seems that Trump has little time for facts (what’s new?) as his wall is little more than a vanity project to distract and divide.

The southern border is a place of hope and opportunity. Whether you live along the southern border, are a conservationist, or just someone who want to make sure Big Bend is still around for their kids–your voice matters.

The choice here is clear.

Now instead of walking through her Butterfly Center, Marianna Trevino-Wright is walking through the halls of Congress. She has taken her fight to DC to stand up for those with no voice.

We need to focus on building community, not fear. We need to build up schools, not walls. We need to protect our environment, not destroy it. We can do better.

Join our fight against Trump's inhumane border wall. Make a donation today and we'll send you our brand new 'No Border Wall' sticker so you can show your support.