The Troubling Casualness of Racism Among Texas Republicans 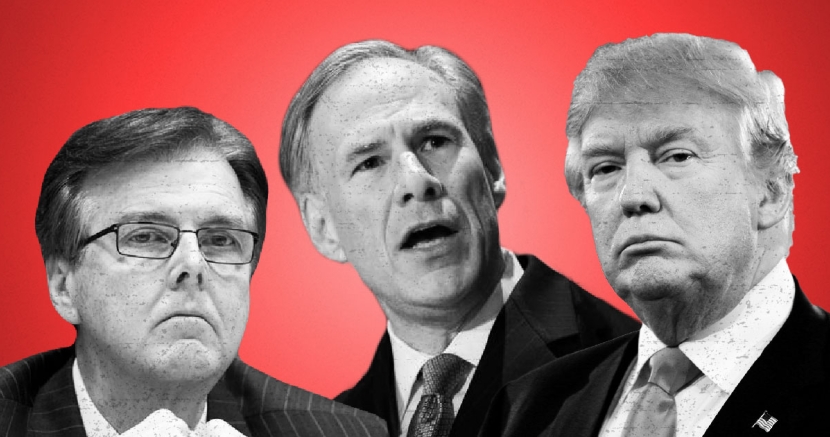 Progress Texas
It doesn't take a statute to find out – a look at the history books shows a troubling pattern of behavior.

This past week has shown us the darker side of the radical right-wing coddled by Donald Trump himself. But what we are seeing is not new.

Racist undertones have casually permeated Texas Republican politics for years - to the point that the Party is unable to recognize it.

There are numerous examples and below are highlights (lowlights?) of what has transpired since the last gubernatorial campaign cycle (starting in 2013). These troubling incidents demonstrate once again that elections matter and your vote matters. Read over the following and decide for yourself - all claims are supported by and linked to multiple independent news sources.

By the way, please don't give them cover by calling them the "alt-right," as that term is just a euphemism. Call it what it really is: organized racism.

After the violence in Charlottesville, a similar event planned for September at Texas A&M was canceled due to safety concerns. But that did not stop Gov. Abbott from siding against taking down Confederate monuments stating it would not "erase our nation's past." But statues are not put in place for history, they are put in place to celebrate - so why the reluctance?

It doesn't take a statute to find out - a look at the history books shows a troubling pattern of behavior.

Greg Abbott held a February 2014 campaign event with Ted Nugent shortly after the rocker made referred to President Obama as a "subhuman mongrel" (Nugent went on to call Abbott his blood brother). In October of that year, Greg Abbott was seen taking a picture alongside a militia person who would be arrested four days later for keeping explosive materials and a stockpile of AK-47's in South Texas. Prior to these incidents, he also gave a 2013 interview to a now-defunct blog known for racist rhetoric.

If you think these incidents are far enough in the past for the Governor to have changed his ways, think again: the governor appears to have hired a militia to guard a campaign event in South Texas (video here).

Greg Abbott's reluctance to side against organized racism seems to be part of the national Republican trend of not wanting to risk losing an important Republican voting base.

These associations are not limited to just one bad apple. There are so many incidents to pick from, but a small sampling should include:

Lt. Governor Dan Patrick: After the tragic Dallas shootings in 2016, the Republican Lt. Governor blamed the Black Lives Matter for the incident and then had to walk back his comments. The Dallas Morning News editorialized that his comments were a lesson in "what not to do." But he continued to self-inflict more damage days later when he attempted to tell President Obama that "words matter." Texas Monthly summed it up nicely: who invited this guy?

A Texas Republican fundraising event at the home of Nazi memorabilia collector held on Yom Kippur...Republican State Representative Jason Villalba equating Bernie Sanders to a Nazi ...State Representative Matt Rinaldi assuming all SB4 protestors are illegal and telling a Democratic member that he'll put a "bullet in your head" ...and Empower Texans, an organization that funds many Republican candidates, expressing on social media a defense for white supremacist activity.

This stuff matters. The comfort zone this creates gave rise to organized racism protesting the installation of an African American Memorial at the Texas State Capitol in Austin last November (video here). It has given rise to hate groups recruiting in Galveston last May, and Confederate monument clash in San Antonio last weekend.

So What To Do?

As the Dallas Morning News writes, Love your heritage, but don't hate others. Actions speak louder than words and Republican actions have shown their true colors.

Here are ways you can act: speak out, tell your elected officials this is not ok, get involved, and most importantly: VOTE.

Why Would Marco Rubio Supporter Jason Villalba Compare Bernie Sanders to a Nazi?

Video: Protest of African American monument at the Texas Capitol

The Hidden Confederate History of the Texas Capitol: An Unofficial Guide