Today is Equal Pay Day - But It's No Celebration in Texas 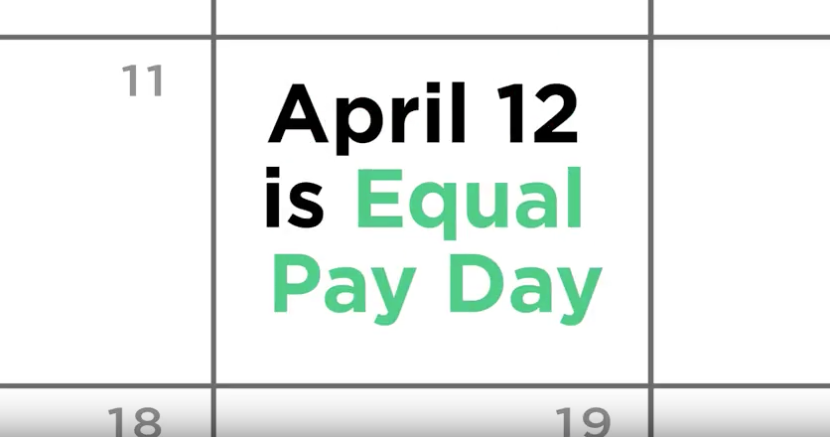 Today is Equal Pay Day. April 12, 2016, the day when women — who make on average 79 cents to every dollar a man makes — finally catch up to making as much men did during 2015. Women still make less than men, so they have to work, on average, nearly three and a half months longer for the same amount of pay.

Research shows that no matter how you parse the data — like factoring in education, occupation, experience — there’s still a pay gap between men and women. If this wage gap continues to close at its current rate, Texas women won’t get equal pay until 2047.

Women make up more than half of the Texas workforce and are increasingly breadwinners in their families. As working families — already tasked with doing more with less — rely more on women's wages, ensuring that women get equal pay for equal work is critical.

Join the Women Power Texas Project and voice your support for equal pay for equal work in Texas.

That 79 cent statistic doesn’t say it all, things are far worse for Latina and African American women in Texas.

On average, Texas women working full-time, year-round are paid 79 cents for every dollar that Texas men are paid.

But beyond that often recited 79 cents to one dollar statistic, equal pay is much less a reality for women of color in Texas, where African-American and Latina women are paid 59 cents and 44 cents, respectively, for every dollar that white men are paid.

Women are disproportionately clustered in low-paying jobs. But even as women take over male-dominated, higher paying fields, the pay drops.

But a recent study found it’s not simply a matter of women opting to go into lower-paying occupations. The research shows that as some male-dominated fields become more gender-balanced, the pay for these occupations goes down. The takeaway is simple: whether through implicit bias or outright discrimination, women’s work does not get valued as highly as men’s work for the same job.

These inequities persist even within Texas’ government itself. An investigation by the Dallas Morning News has found that not only is there a wage gap along gender and racial lines among Texas state employees, but this gap has grown over the past ten years. The national wage gap, on the other hand, has narrowed during the same time period.

A first-of-its-kind data analysis conducted by The Dallas Morning News shows that, compared with men, women earn about 2 cents less on the dollar today than they did in 2006, down from 94 cents to 92 cents.

The wage gap for Texas public employees tends to be wider in departments headed by statewide elected officials, who are all Republicans.

The forces that drive pay inequity are complex, but among the likely reasons for Texas’ gaps are slow growth in state workers’ pay overall, the tendency of white men to get top-paying jobs and the state’s inattention to the issue.”

Texas is one of just a few states without an Equal Pay Act. But the good news is: we know there are policies that can close the pay gap, and cities in Texas are taking the first steps.

The vast majority of states throughout the country have an Equal Pay Act, but Texas is one of just a few without one. The Equal Pay Act is the state version of the Lilly Ledbetter Fair Pay Act, a federal law that provides standing for pay discrimination lawsuits in federal court. A state law is needed because a state court can provide a woman who has found out she has been paid less for the same work a faster and more affordable legal remedy.

In addition to passing a Texas Equal Pay Act, ensuring that women get equal pay for equal work in Texas will require a comprehensive policy approach that includes raising the minimum wage, investing in paid family and sick leave, and supporting pay transparency.

To improve pay transparency, some cities — like Austin and San Antonio — are taking a look at pay data for their government employees to see how they can address wage gaps in their own workforce.