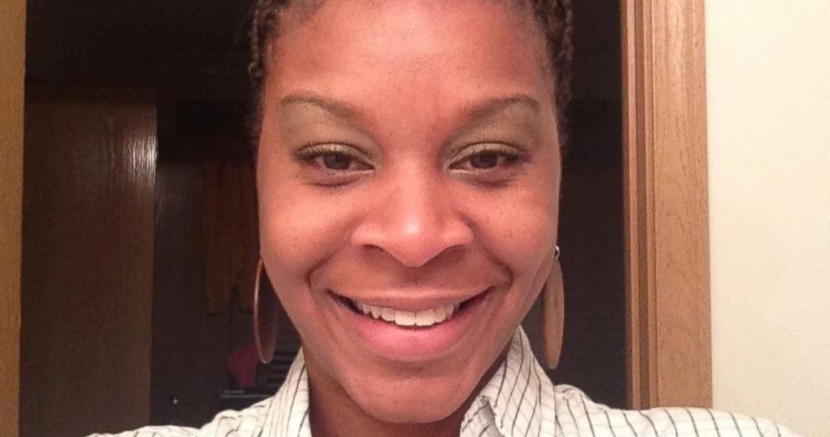 Sandra Bland's death gained wide notoriety as part of the ongoing #BlackLivesMatter movement, a movement that is "broadening the conversation around state violence to include all of the ways in which Black people are intentionally left powerless at the ha

Like many of you, we've spent the last few months following the news and updates about Sandra Bland, the 28-year old Texas woman who was needlessly arrested then subsequently found dead in a jail cell in Waller County, Texas.

Sandra Bland's death gained wide notoriety as part of the ongoing #BlackLivesMatter movement, a movement that is "broadening the conversation around state violence to include all of the ways in which Black people are intentionally left powerless at the hands of the state."

In recent weeks, her death has launched multiple committee hearings at the Texas Capitol, as well as investigations into Texas' jail standards. The family is also pursuing a federal lawsuit against Waller County, where she was jailed.

In an effort to stay up-to-date, here are some of the best news stories and summaries on her arrest, death, and subsequent investigation.

In an effort to provide a transparent investigation, Waller County District Attorney Elton Mathis asked that Sugar Land defense attorney Lewis White join a committee to investigate the Bland case. Mathis has repeatedly said the case will be treated like a Murder investigation.

The city council here decided Tuesday to keep a stretch of road that leads to Sandra Bland's alma mater named in her honor.

The Death Of Victoria Gray: How Texas Jails Are Failing Their Most Vulnerable Captives (Think Progress, 9/15)

Bland’s death revealed a pressing problem. In Texas prisons and jails, suicide is the second-leading cause of death. Since 2010, 135 people have killed themselves in Texas county jails, according to the Texas Commission. Like Victoria, the majority of them died by hanging. Many used objects that were readily available to them, like telephone cords, sheets, trash bags, blankets, and mattress covers.

The City Council voted Tuesday to rename a road that leads to Prairie View A&M University after Sandra Bland, the woman whose suicide in a county jail cell after being pulled over for an improper lane change sparked international protests.

State Rep. Garnet Coleman on Monday called for an examination of Texas Department of Public Safety traffic stops and better tracking of police stops by all law enforcement in the state. Coleman pointed to three years of DPS traffic stop data that he said showed blacks were more likely than whites to be searched and cited after being stopped.

Blacks stopped by DPS in Waller more likely to be cited than whites (Austin American-Statesman, 8/15)

White drivers in Waller County, home to an unfolding national discussion on the charged relationship between police and African-Americans, are slightly more likely than minority motorists to receive a warning — rather than a citation or arrest — after being stopped by Department of Public Safety troopers, according to an American-Statesman analysis of five years of traffic stop data.

The court in June immunized jail officials who failed to prevent an inmate's suicide.

Sandra Bland: What we know about her mysterious death in a jail cell (Vox, 8/4)

Why would a woman with a promising new job kill herself after she was arrested over an argument for a minor traffic violation? That's the question on friends and family members' minds after police said Sandra Bland, a 28-year-old black woman, killed herself in a Texas jail cell on July 13.

A federal lawsuit filed Tuesday by the mother of Sandra Bland, the Illinois woman found hanging in a Texas jail cell last month, contends that Ms. Bland should never have been arrested and that she was later held in dangerous conditions without proper supervision.

The district attorney investigating the death of Sandra Bland says he's bringing in a committee of outside attorneys to review evidence as it's collected.

"I'm going to find out what happened to my baby," her mother, Geneva Reed-Veal, said in remarks that brought mourners to their feet. "My baby has spoken. She's still speaking and no, she didn't kill herself."

What Sandra Bland’s death tells us about mental health and the police (Fusion, 7/24)

Sandra Bland’s Voice Mail From Jail: ‘How Did Switching Lanes Turn Into All of This?’ (The Root, 7/23)

"I'm still just at a loss for words, honestly, at this whole process," Bland said on the message obtained by KTRK. "How did switching lanes with no signal turn into all of this? I don’t even know."

"The cause of death was hanging; the method of death was suicide," said Warren Diepraam, a Waller County assistant district attorney, discussing the autopsy report. He added that as officials try to to determine whether the case is "a violent murder or a suicide," they haven't found any evidence that suggests homicide.

10 Things About the Sandra Bland Traffic Stop Every Texan Should Know (Texas Standard, 7/22)

Question: Ms. Bland says, “I refuse to talk to you other than to identify myself.” Is she right or wrong?

Answer: “She’s right. Unfortunately, officers don’t like it when you know the law. In this case, even if you are right, you are still in danger. And that’s what we see unfolding here.”

A Texas district attorney said Wednesday that he has opened a criminal investigation into the arrest of Sandra Bland, the black woman who was pulled over and taken into custody after a traffic stop this month and was found dead in a jail cell three days later.

It appears that someone cut footage out and looped part of the video in order to correspond with the recorded audio of Texas state trooper Brian Encinia speaking. Who exactly edited the footage is unknown, but the video was recorded by police and released by the Texas Department of Public Safety.

While the Harris County medical examiner ruled her death consistent with a suicide, Mathis said it is now being treated as a murder.

"There are too many questions that need to be resolved. Ms. Bland's family does make valid points. She did have a lot of things going on in her life for good," Mathis said.

Sandra Bland And The Invisible Plight Of Black Women In The Justice System (Think Progress, July 17)

Sandra Bland, 28, was stopped by a Texas state trooper on Friday, July 10 and found dead at the Waller County, Texas, jail on Monday, July 13. Local authorities in Texas say Bland died by suicide, but her family and friends don’t believe that is the case and suspect that the true cause of her death is being covered up. Bland was being held on $5,000 bail after a Saturday court appearance. Her friends say they planned to post her bail on Monday.