Til Death do They Part, Abbott and Cruz Vow to Block Marriage Equality 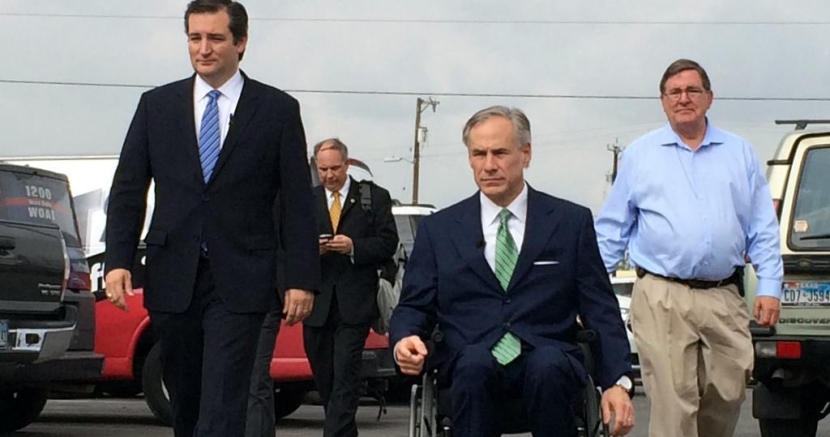 Today the Supreme Court gave a green light for same-sex couples to marry in five more states when it refused to hear the appeals of states that were seeking to deny their citizens the right to marry.

By refusing to hear the appeals, Indiana, Oklahoma, Utah, Virginia and Wisconsin have been added to a list of states that recognize and protect marriage equality, which now totals 25 as well as the District of Columbia. It is likely the decision not to hear these appeals will lead to the legalization of same-sex marriage in an additional six states.

Texas is not among those states. Texas Republican politicians like Attorney General Greg Abbott and U.S. Senator Ted Cruz are still working hard to make sure that LGBT Texans are treated as unequal, and not acknowledged in the eyes of government.

Hours after the court’s decision, Senator Cruz made the following- to borrow from his own words- "tragic and indefensible" statement:

“The Supreme Court’s decision to let rulings by lower court judges stand that redefine marriage is both tragic and indefensible...When Congress returns to session, I will be introducing a constitutional amendment to prevent the federal government or the courts from attacking or striking down state marriage laws. Traditional marriage is an institution whose integrity and vitality are critical to the health of any society. We should remain faithful to our moral heritage and never hesitate to defend it.”

For the first time in history, a majority of our nation— both in number of states, and population total— support the freedom to marry. This is a major victory for all loving families who’ve worked tirelessly to receive the legal benefits they deserve as equal citizens.

Tell politicians like Greg Abbott and Ted Cruz that all Texans deserve to marry the person they love.