There are answers on gun violence 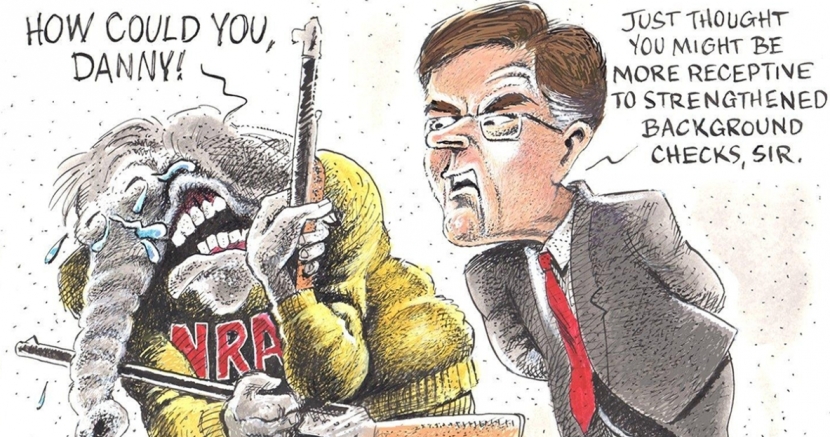 Glenn W. Smith
The recent carnage in El Paso and Midland-Odessa has many Texans searching for solutions.

Fifty-six years ago, Bob Dylan sang, “How many deaths will it take till he knows that too many people have died?” The answers, it seems, are still blowing in the wind, but the good news is that there are some answers.

The recent carnage in El Paso and Midland-Odessa has many Texans searching for solutions. And, it’s harder for Texas officeholders beholden to the gun lobby to get by with nothing but post-shooting prayers as the wind ripples the blood in the streets.

Lt. Gov. Dan Patrick said recently that he would defy the National Rifle Association and support strengthened background checks before someone can buy a gun. This is a good sign largely because it suggests the NRA may have privately signaled to Patrick and others that they’d be okay with the measure. The NRA’s public statements in opposition are, by their usual red-meat standards, rather weak.

Loopholes and data errors have made background checks less effective than they could be, though. In Texas, person-to-person sales and gun show sales don’t require the checks. The Midland-Odessa shooter failed a background check then purchased his AR-style rifle privately with no check required.

Texas should close the loopholes, but it’s not enough.

What about “red flag” laws that would allow authorities or family members to petition courts to remove guns from people who are a danger to themselves or others? This seems like common sense, and with proper judicial review it’s hard to see how such laws could be abused.

Gov. Greg Abbott also mentioned the peculiarly named “welfare check” as a possibility. No, it doesn’t mean folks on welfare can’t have guns. It’s intended to allow authorities to check out reports of suspicious activity that fall short of red flag standards.

Such “welfare checks” could burden authorities with large numbers of spurious reports. For instance, feuding neighbors might report one another as suspicious because of tall grass, not long guns. Still, if such a program stopped one mass killer, the law enforcement challenges would be worth it.

What about the regulation of assault weapons? If we focus on the actual consequences of our political action or inaction on guns, such regulation seems like a no-brainer. Domestic terrorists with mass killing on their minds kill more people faster with AR-style rifles and large magazines of ammunition than they can with handguns. That’s a simple fact.

Is the blood worth it to the local hobbyist who wants to own such a gun? No, but gun hobbyists who oppose the regulation of these weapons of mass destruction almost have to dissociate themselves from the consequences of the guns’ easy availability. Otherwise, their consciences would suffer.

We should consider a new assault weapons ban and voluntary or mandatory government buy-backs of the assault weapons already on the street. If that’s politically impossible, and it probably is, we should put in place strict registration requirements — with severe criminal penalties for violation of the requirements — for such weapons. Lives would be saved.

Would the Second Amendment be harmed? Hardly. There are gun regulations already on the books. It’s a question of abstract ideology (and gun merchant profits) versus the lives and safety of our children and our real-world neighbors.