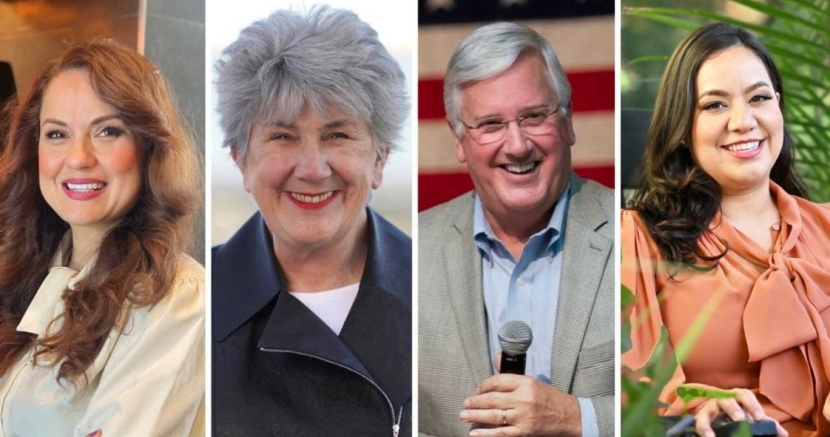 The first leg of the 2022 Texas Primary is over, with some races ending in a landslide and others looking too close to call. Only two statewide races avoided a runoff by both parties and will be heading straight to the General Election in November: Beto O’Rourke and Greg Abbott for Governor and for Agriculture Commissioner, Democrat Susan Hays and Republican incumbent Sid Miller.

Texas is one of only 10 states that hold runoff elections, required when no candidate receives a majority of votes and thus the top-two vote getters advance.

The following results are compiled from Texas Tribune, Decision Desk HQ and the Texas Secretary of State.

The Primary Runoff Election will be held on May 24th. Update your voter registration or register to vote by April 25th to ensure you can take part. For more information, visit GoVoteTexas.org.

Here are the key races to watch:

On the Democratic side, Rochelle Garza came in first and her runoff opponent is still to be determined because of a too-close-to-call race for second between Lee Merritt and Joe Jaworski. Republican incumbent Ken Paxton will face off against George P. Bush. 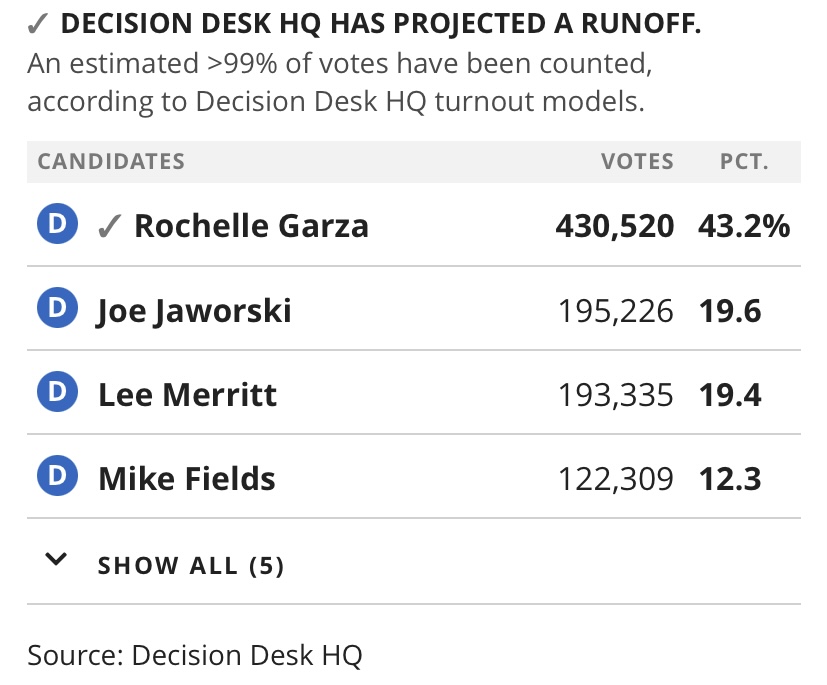 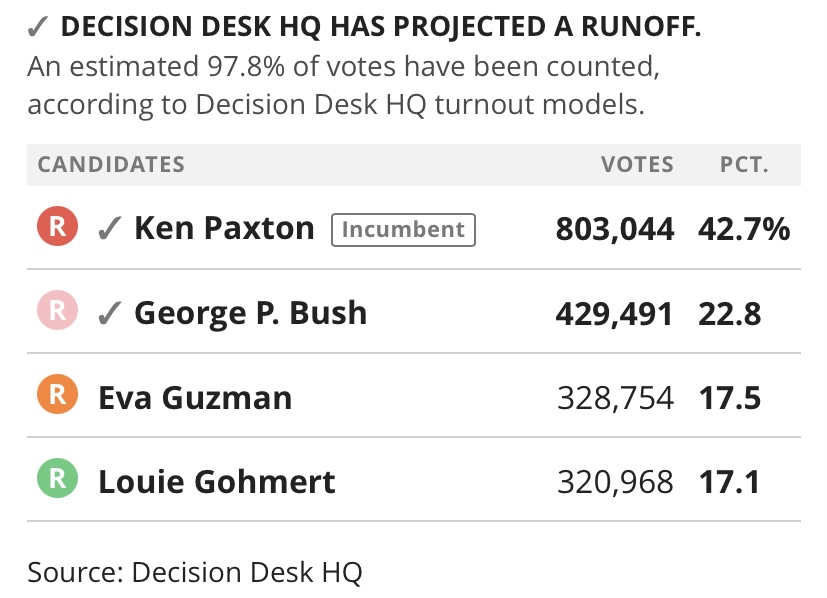 In the Democratic primary for Lt. Governor, first place goes to Mike Collier (the 2018 nominee) with State Rep. Michelle Beckley coming in second. 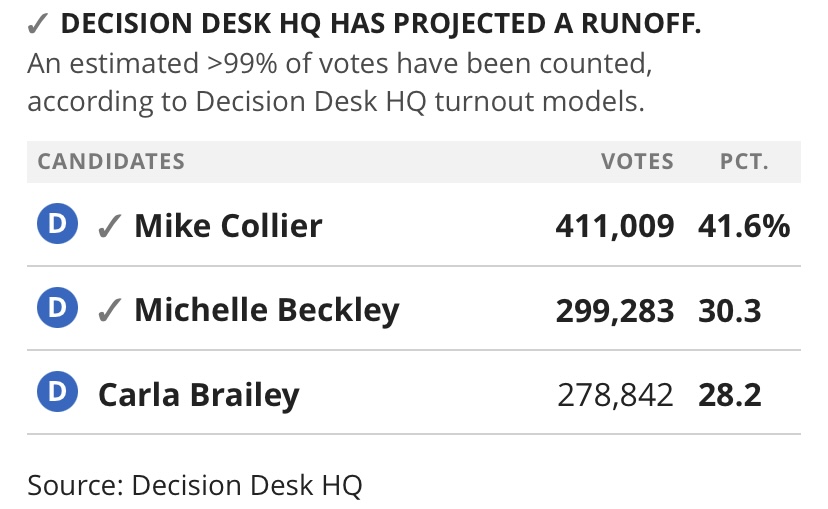 Certified Public Accountant Janet Dudding, who previously ran for the Texas Legislature and is from the Bryan/College Station area, will face off against newcomer Angel Luis Vega, from Katy. 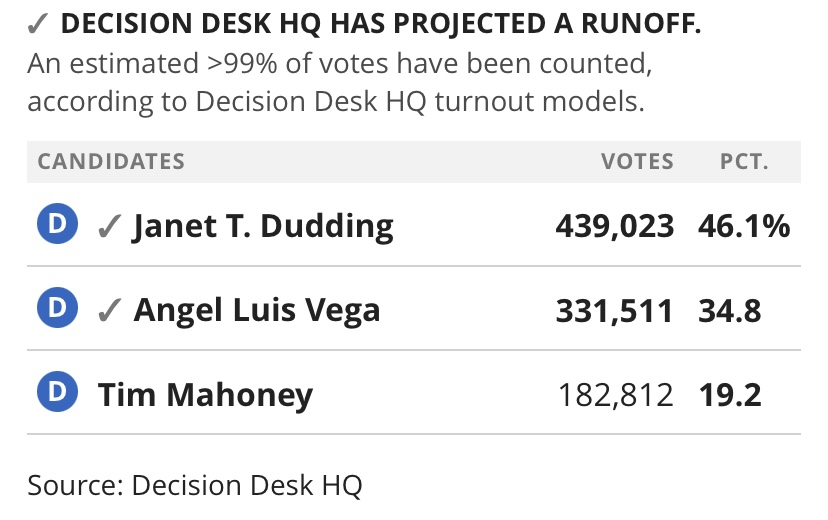 First off, the Railroad Commission has literally nothing to do with railroads and everything to do with managing oil and gas. Republican incumbent Wayne Christian will face off against Sarah Stogner, an oil and gas attorney who made headlines by riding semi-nude on an oil pump. 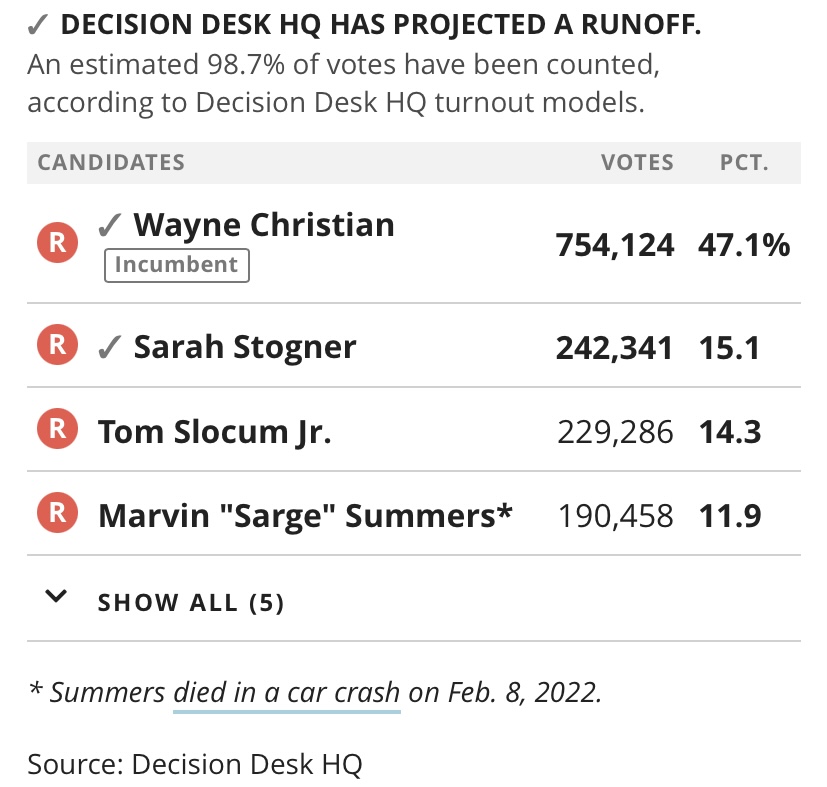 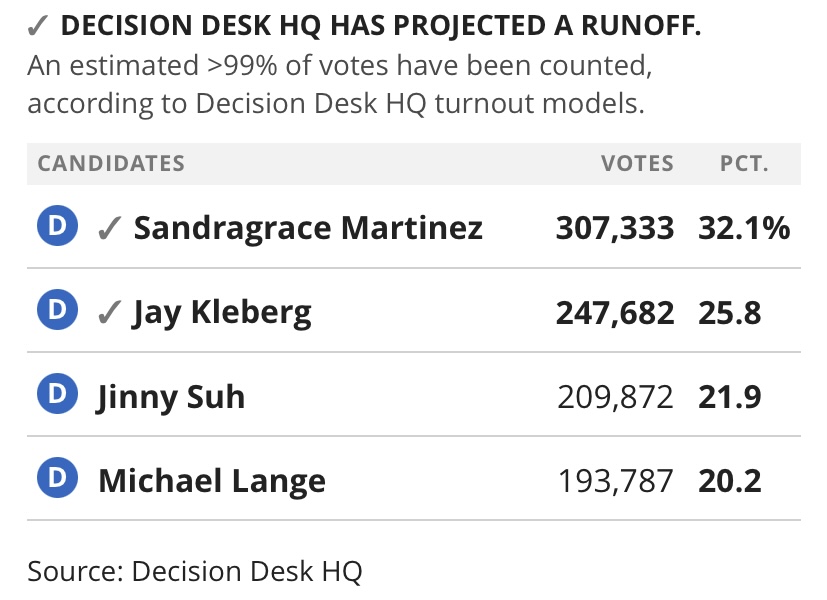 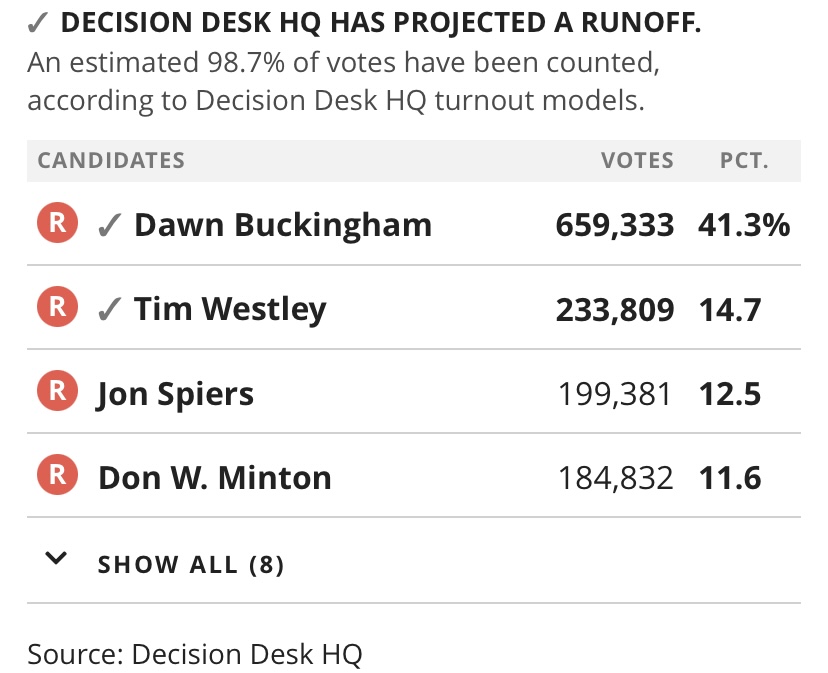 To look up new maps for these districts, click here and enter the city’s name.