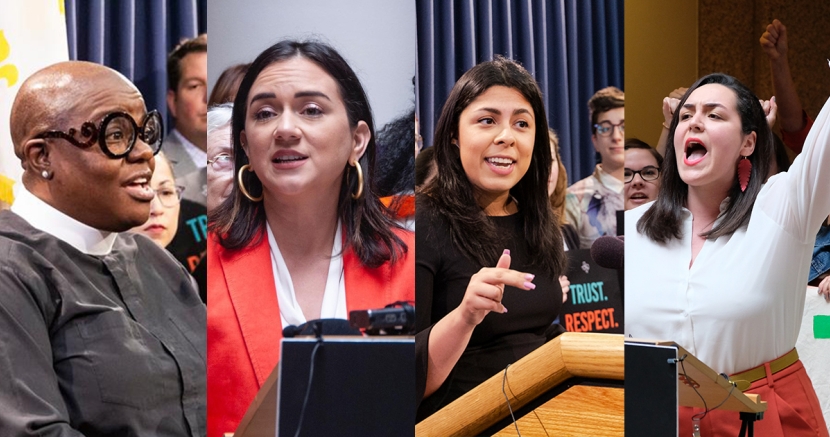 Tara Pohlmeyer
As we head toward our future elections, Texans have the power to put more progressives and reproductive health care allies into office to ensure health care for all.

Beginning Sept. 1, Texans will see new reproductive health care protections go into effect as a result of progressive efforts during the 2019 Legislative Session.

Because of our votes, progressive lawmakers were able to pass positive reproductive health laws to benefit Texans in the midst of a divisive political climate.

Here are the laws, both good and bad, going into effect on Sept. 1.

This package of four laws going into effect on Sept. 1 includes training to support pregnant inmates, specifically improving confinement conditions and prohibiting shackling of women while they give birth.

Shackling is an undignified way to treat those who are pregnant and incarcerated. Pregnant women should be able to receive prenatal care and education on how to be good parents while incarcerated, and this group of laws will help make that a reality.

This law is aimed at eliminating the state’s rape kit backlog, protecting sexual assault survivors in the process. Law enforcement agencies will have to audit their untested rape kits and set timelines for analysis, and all evidence must be kept for 40 years or until the statute of limitations runs out. Survivors will also have seven days to have a forensic exam done, instead of five.

Already in effect and much needed, this law created a task force that advises the state attorney general's office on rules regarding evidence in sexual assault cases, and advises the Texas Commission on Law Enforcement on improving training for officers handling those cases.

Extending the statute of limitations for sex abuse lawsuits (HB 3809)

This new law doubles the amount of time that victims of certain types of sexual abuse have to sue abusers or entities, from 15 years to 30 years after a victim turns 18.

This law creates a "statewide telehealth center" designed to connect medical providers performing sexual assault exams with nurses trained in those exams, expediting a process for many survivors.

This law makes it a crime for a fertility doctor to inseminate a patient without their consent and says doctors who do so can be charged with sexual assault.

Rep. Jeff Leach's (R-Plano) new law could impose civil fines on abortion providers if they don’t care for a baby that is “born alive” during an abortion procedure.

This law perpetuates the myth that fetuses are born after abortion procedures and physicians are not helping them. The bills would allow physicians to be sued and the attorney general to investigate and scapegoat them.

Let’s be clear: this bill is not about medicine. It’s about turning lies into laws to justify a broader and extreme anti-abortion agenda.

While no abortion services are impacted by the bill, services such as birth control, cancer screenings, STD treatment, HIV tests, PreP/PEP and other health care services will be.

This law from Senator Eddie Lucio (D-Brownsville) mandates “informational materials” to pregnant Texans before an abortion.

These materials are intended to shame those seeking abortion care, to stigmatize the procedure and scare Texans with inaccurate or misleading information about the procedure.

This law makes the assumption that women have not thought over the decision to have an abortion and that abortion and reproductive health providers do not counsel women on all their options, which all providers do.

Texans have the power.

Reproductive health care is necessary in Texas, with a state maternal mortality rate at record numbers and abortion access under attack. We’re proud of the work of advocates, lawmakers, and progressives for ensuring future Texans have access to the care they need.

As we head toward our future elections, Texans have the power to put more progressives and reproductive health care allies into office.

Texas is a battleground state, and together we can expand reproductive health care access and ensure that future Texans have the trust, respect, and access that they need.