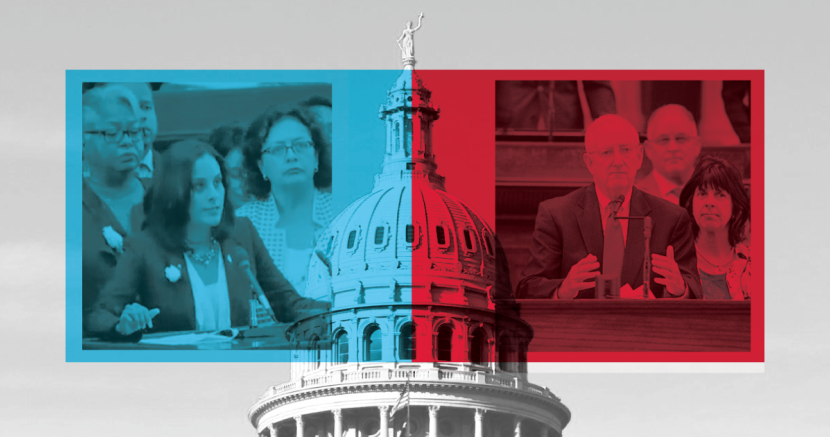 The ban will force women to buy separate, more expensive, coverage. And it passed. But not without a fight lead by progressive women lawmakers.

Anti-abortion politicians in the Texas House and Senate passed bills that would ban all insurance plans in Texas from covering abortion, forcing women to buy separate, more expensive, coverage or to pay out of pocket for the medical procedure.

The measure — which failed to pass during the regular session — is one of 3 anti-abortion items Gov. Greg Abbott put on the agenda for the special session.

Democrats in both chambers offered more than a dozen amendments to mitigate the harmful consequences of the bills — including adding exceptions for cases of severe fetal abnormalities, rape, and incest — but all failed.

“We have insurance for things we don’t plan for. That’s what insurance is.”

The reality is that people don’t plan ahead for unintended pregnancies or for nonviable wanted pregnancies. In proposing amendments that would exempt cases of rape and incest, Rep. Chris Turner (D- Fort Worth) said forcing women to pay extra for their insurance to cover abortion in the case of a rape amounts to "rape insurance."

Pregnancy-related care — including prenatal, maternity care, and abortion— is essential health care for women. Approximately one in three women with have an abortion in her lifetime. Excluding this care from insurance plans forces women to anticipate and pay extra for abortion coverage at a time when Texas women already face hurdles to access health insurance and pay for care. Instead of limiting the coverage available to women with ideologically-driven, anti-abortion bills, Texas lawmakers should be working to expand access to health insurance.

For many women, not having insurance coverage for abortion results in delayed or denied care — threatening their physical health and economic security. According to the National Women’s Law Center, “58% of abortion patients say they would have had their abortion earlier if they could have. Nearly 60% of women who experienced a delay in obtaining an abortion cite the time it took to make arrangements and raise the money to pay for it.”

And that’s women who were able to access abortion. A recent study found that a woman who seeks but cannot obtain an abortion is more likely to fall into poverty than a woman who is able to get the care she needs.

Unfortunately, the devastating consequences of banning coverage of abortion are not hypothetical. A woman who cannot afford to pay for an abortion may resort to unsafe alternatives. The federal Hyde Amendment, which denies low-income women enrolled in Medicaid abortion coverage, has already proved how taking away abortion coverage harms women and families in Texas.

A Texas woman was the first to person to die because the Hyde Amendment prevented her from obtaining a safe abortion. Rosie Jimenez was a working-class mother from McAllen. In 1977, a few months after the Hyde amendment went into effect, Rosie visited a doctor in her hometown seeking an abortion, but was unable to see a provider because Medicaid no longer covered abortion. With no other options, she sought unsafe care and lost her life.

This measure is part of a larger campaign to ban abortion entirely.

During the regular session, Texas anti-abortion lawmakers filed nearly 40 anti-abortion bills and passed a sweeping, omnibus anti-abortion bill. Among the cruel measures contained in Senate Bill 8 are a requirement that fetal and embryonic tissue be buried or cremated after an abortion and a ban on the most common second trimester abortion procedure.

The U.S. Senate should expel Ted Cruz
6 days ago

We have failed to live King’s dream for us