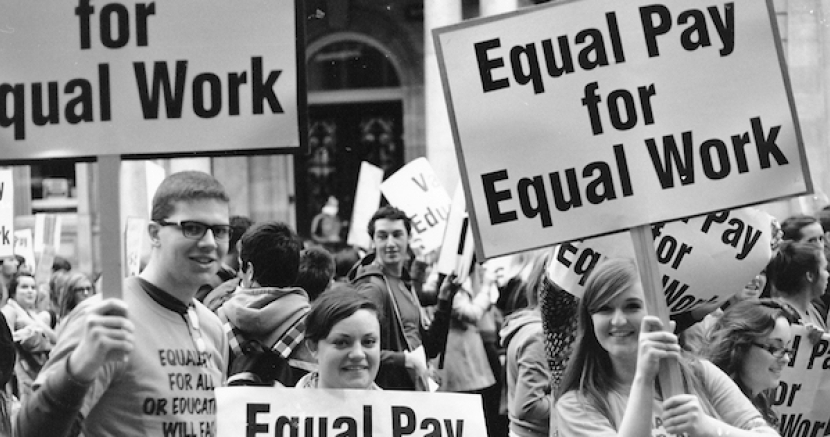 Last week—and for the third time this session—Texas House Republicans voted against equal pay legislation that would help put Texas on the track toward closing the gender pay gap.

During a House floor debate over a proposed constitutional amendment by Rep. Trey Martinez Fischer that would give voters the opportunity to raise the minimum wage to $10 per hour come November, Reps. Justin Rodriguez, Mary Gonzalez, Ryan Guillen and Nicole Collier introduced an amendment that would require that all employees, regardless of gender, receive equal pay for equal work.

Before voting against the bill that would have given Texans the opportunity to raise the hourly rate for minimum wage workers in Texas—more than 6 out of 10 of whom are women—the Texas House GOP voted down the equal pay amendment by a vote of 91-52.

Earlier this month, by a vote of 78-57, Republicans voted against equal pay legislation authored by Rep. Senfronia Thompson that would have somewhat mirrored the federal Lilly Ledbetter Act, making it easier for women to sue for wage discrimination in state court. Texas is one of only 8 states without an Equal Pay Act.

An even more modest equal pay measure by Rep. Mary Gonzalez—a budget amendment that would have simply required an equal pay study of state agency salaries—was voted down by House Republicans. Every House Democrat voted for it.