The Texas Economy, Compared to What? 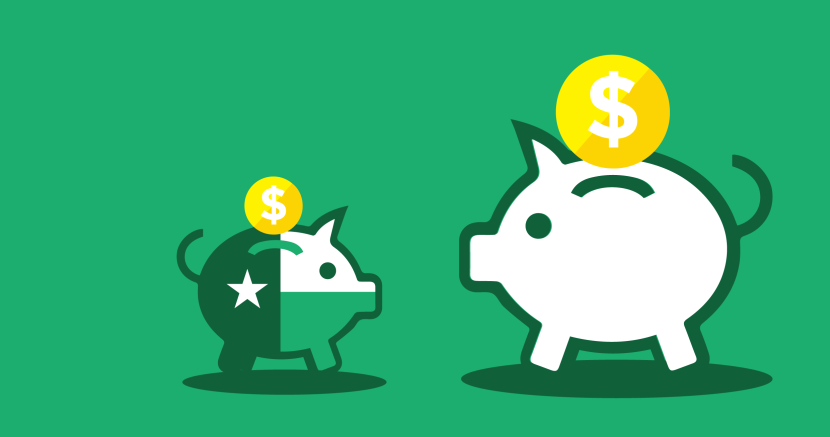 Ed Note: This article was orginally published in the Austin American-Statesman and is reposted here with permission.

There’s a good reason economics is called the dismal science. So let’s turn to jazz music instead of dry statistics to evaluate the Texas economy. It might get us closer to the soul of the thing.

“Compared to What” is a jazz-pop standard that became a million-seller for Les McCann and Eddie Harris. It’s been covered 270 times. McCann sings, “Where’s that bee and where’s that honey/Where’s my God and where’s my money … trying to make it real compared to what.”

Compared to what, indeed. If you have a job, no matter how meager the pay or long the hours, and if you aren’t too far behind on your student debt, credit card payments, health care costs or mortgage, you’ll likely think the economy is OK. Compared to others, you seem to be hanging on. But it’s hard to know for sure.

Texas has long been a low-wage state. In fact, wage suppression has been a key feature of state policy for decades. Texas is what’s called an anti-union “right to work” state, a term that really means, “You’ll work for what we’ll pay you and not a penny more and don’t even think about trying to talk your co-workers into negotiating with us. We’re the bosses. You’re replaceable.”

In a recent University of Texas/Texas Tribune poll, Texans were split on the economy. Forty-two percent said the state is headed in the right direction; 37 percent said the state was headed in the wrong direction. According to a Pew Charitable Trust report, there’s good reason for the ambivalence: Texas suffers in measurements of upward mobility. It’s hard to get ahead here, much harder than in most other states.

Former Gov. Rick Perry used to brag about “the Texas Miracle,” pointing to the strength of our economy compared to other states during the Great Recession. There wasn’t much miracle to it, really. We were doing well because oil and gas production was up and oil prices were high. Texas has a more diversified economy than it had during the 1980s oil and savings-and-loan industry busts. Still, the Texas economy is an oiled machine, if not always a well-oiled machine.

There’s real oil, and then there’s the grease of regressive policies the greedy use to rig the system in their favor. For instance, Texas households with the lowest incomes pay the highest percentage in state and local taxes. It’s a good indicator that state policy — not a mysterious, invisible force misnamed a “free market” — is partly responsible for our state’s lack of economic mobility. We’re consciously taxing those at the bottom more and making it harder for them to do better. The rich get richer and the poor stay poor. It’s almost the state motto.

The Center for Public Policy Priorities’ “State of Texas Children 2016” report notes that one in four Texas children live in poverty. About the same percentage have no health insurance. Texas ranks 43rd in national education rankings and 41st in overall child well-being.

All of these rankings provide sad and unhappy answers to the “compared to what” question — in this case how Texas is doing compared to other states. But if we’re not careful the comparisons can also hide the soul of the issue. We’re talking about human beings, not numbers in a ledger. Millions of Texans — real people with hopes, dreams and ambitions — are denied opportunity on purpose.

Suppressed wages. Lack of access to health care. Poor educational opportunity. Barbaric criminal-justice policies. Voter-suppression policies. Anti-union policies. These are not divinely given; they are policies chosen by Texas leaders.

Don’t believe the straw-man arguments from the right that progressives are demanding equal outcomes. Not so. But if the barriers to opportunity are eliminated, we might be surprised at how well the Texas economy can actually perform.

Texas needs policies that promote economic upward mobility. We need wages that will actually support a family. Our children should be healthy enough to learn in public schools that teach something beyond brain-numbing standardized tests.

How’s the Texas economy doing, compared to what? Well, how about compared to the years after World War II, when public infrastructure investment, the G.I. Bill, an extraordinary shared commitment to education, slowly expanding civil rights, and an expanded safety net brought about decades of unprecedented growth and opportunity?