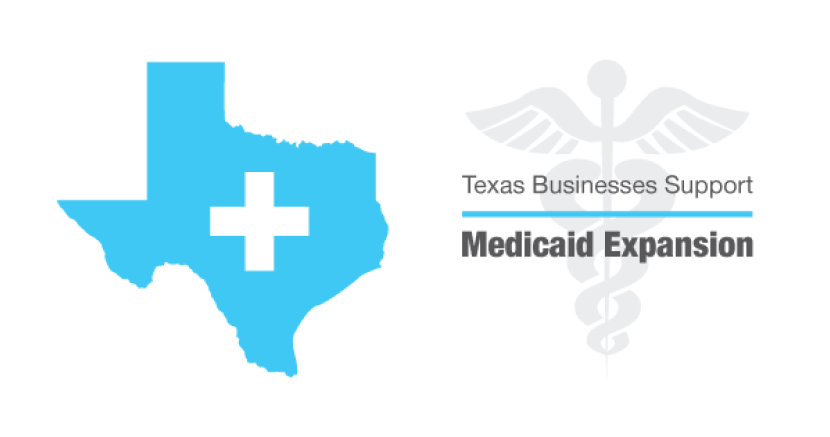 As the Texas Legislature prepares to return to work in 2015, Texas businesses are announcing loud and clear support for expanding Medicaid.

First out of the gate after the election was the Texas Association of Business. The group endorsed Medicaid expansion late in 2013, the last time the Legislature met in Austin. But this year, they're out early and in front of legislators with their support:

, president of the organization, said it will take a "massive effort" in 2015 to increase coverage for Texans, but it's a fight he is willing to take on.

"It just makes sense for us from the business perspective," he said.

Taking advantage of the federal dollars is a common--sense way to reduce the number of uninsured people in the state, he said. Plus, the costs of caring for the uninsured are always shouldered by the people with insurance and the companies that provide it. And ultimately, many members of the  business community end up paying the tab, Hammond said.

Texas' chambers of commerce are joining, too - including the San Antonio, Fort Worth, and Dallas chambers.

Even Rick Perry's own appointees are coming around on Medicaid expansion. Back in November, the Texas Institute of Health Care Quality and Efficiency recommended that Texas figure out a way to draw down federal dollars so the state can expand health care to millions of uninsured Texans:

Members of the Institute of Health Care Quality and Efficiency — which was established by lawmakers in the 2011 legislative session to identify evidence-based approaches to improving health care and cutting costs — said Wednesday that Texas’ rate of uninsured was “unacceptable,” and that state leaders should look for an alternative way to expand health coverage. The board's recommendations are not binding and any such decision is up to the Legislature.

“We should be maximizing available federal funds through the Medicaid program to improve health care for all Texans,” said Joel Allison, a board member who is chief executive of the Baylor Scott & White Health System.

Now that Republicans are starting to come around to what Democrats have demanded for years, will Greg Abbott listen?

In a private meeting with Houston-area state lawmakers last week, Gov.-elect Greg Abbott brought up a topic so radioactive in Texas politics that even the mention of it caught the room off guard, according to three of those present.

The longtime attorney general, who made a name for himself by suing President Barack Obama and his administration, asked for more information about a compromise recently struck by the Republican governor of Utah and the federal government that could pave the way for that heavily conservative state to expand Medicaid through the president's signature health care law.

We will continue, of course, our unequivocable support for full Medicaid expansion throughout the session, and be sure to share any more promising news as the Texas Legislature continues its work throughout 2015.