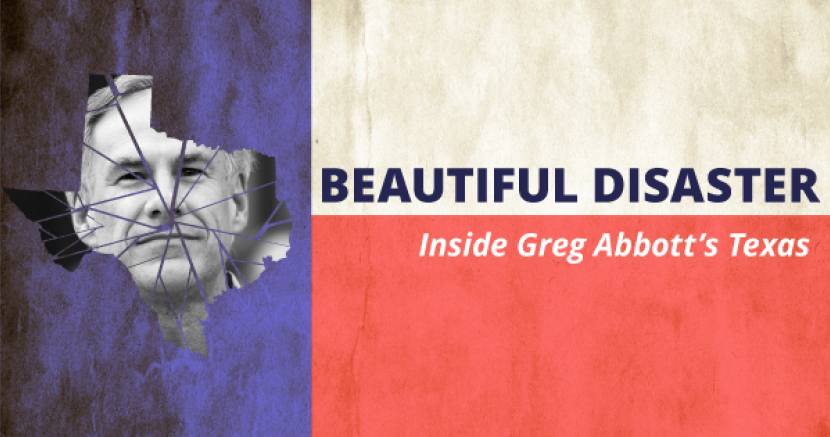 Two months into the Texas Legislature, and Greg Abbott and Dan Patrick have pulled off a true Texas miracle: they've come up with a tax plan so horrible that long-time conservative business groups are rejecting it in favor of more spending on the state's infrastructure needs - including education, healthcare, water and transportation.

In an unprecedented letter to Patrick and his senators last week, six of the largest and most conservative business groups in Texas uniformly rejected Patrick's tax schemes. Instead, they called on Texas lawmakers to put money towards priorities that actually help job creation - like good roads, better schools, and improved healthcare.

Originally reported by Quorum Report, here's the key paragraph from the letter:

Investments in infrastructure more important than tax relief? Be still my progressive heart!

There are reasons to be optimistic - and skeptical - of the letter.

First, to be skeptical: it's easy to read the letter as nothing more than Texas' largest businesses making noise to ensure sure they get their share of any tax relief. As many long-timer observers have pointed out already, the property tax cuts proposed in the Senate may barely be noticed for most middle-income homeowners. Meanwhile renters would see no relief, and cutting the number of Texas businesses that have to pay the state's franchise tax by more than half only increases the tax burden on other businesses.

However...there is also reason to be positive. Two-dozen chambers of commerce and numerous Republican officials already support improving healthcare by closing the coverage gap. Business groups are clamoring for more road money, and increased education spending is something every Republican lawmaker knows will be necessary once the state's school finance lawsuit is finally heard by the Texas Supreme Court.

Looks like with primary season over a year away, Tea Party fantasies are losing out to real-life necessities in the Texas Capitol. Have Texas businesses already had enough of how terrible Abbott, Patrick, and their Tea Party lawmakers are at governing?