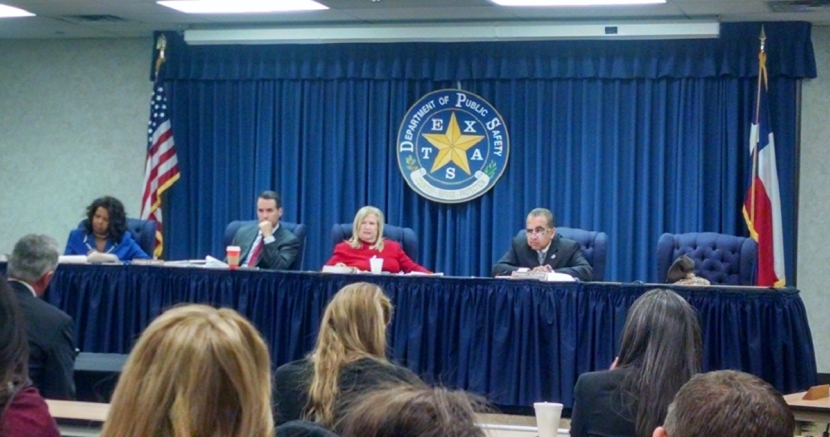 Today, the Texas Department of Public Safety has, through its Public Safety Commission, formally adopted the rules that will govern the Texas Compassionuate Use Program. That's the name of the program to administer the limited medical marijuana bill passed by the Texas Legislature, SB 339:

The legislation allows Texas to manufacture, test, and distribute CBD-oils, an extract of the marijuana plant that only have trace amounts of THC. The bill is aimed at helping approximately 150,000 Texans suffering from intractable epielpsy.

The legislation puts the Texas DPS in charge of implementing the law:

DPS is charged with creating a registry of physicians who treat epilepsy and patients who meet certain criteria including having been diagnosed with intractable epilepsy. DPS is also charged with licensing at least three dispensing organizations no later than Sept. 1, 2017 that will cultivate, process and dispense low-THC cannabis to prescribed patients.

The formal rules governing the program, as presented a few months ago to the public, can be found here. The rules go through how to qualify as a dispensary, the processes for employing individuals to work at the dispensaries, monitoring and oversight of the cultivation, processing, and dispensing of the low-THC marijuana, etc.

The law itself needs to be expanded - as we wrote before, it should be used for more than just those suffering from intractable epilepsy. But overall, the bill is a good first step and shows that Texas is opening up to the reality that marijuana can and should be used for medical purposes.

Thanks to Heather Fazio, the leader of our Texans for Responsible Marijuana Policy coalition, for the picture from today's meeting!